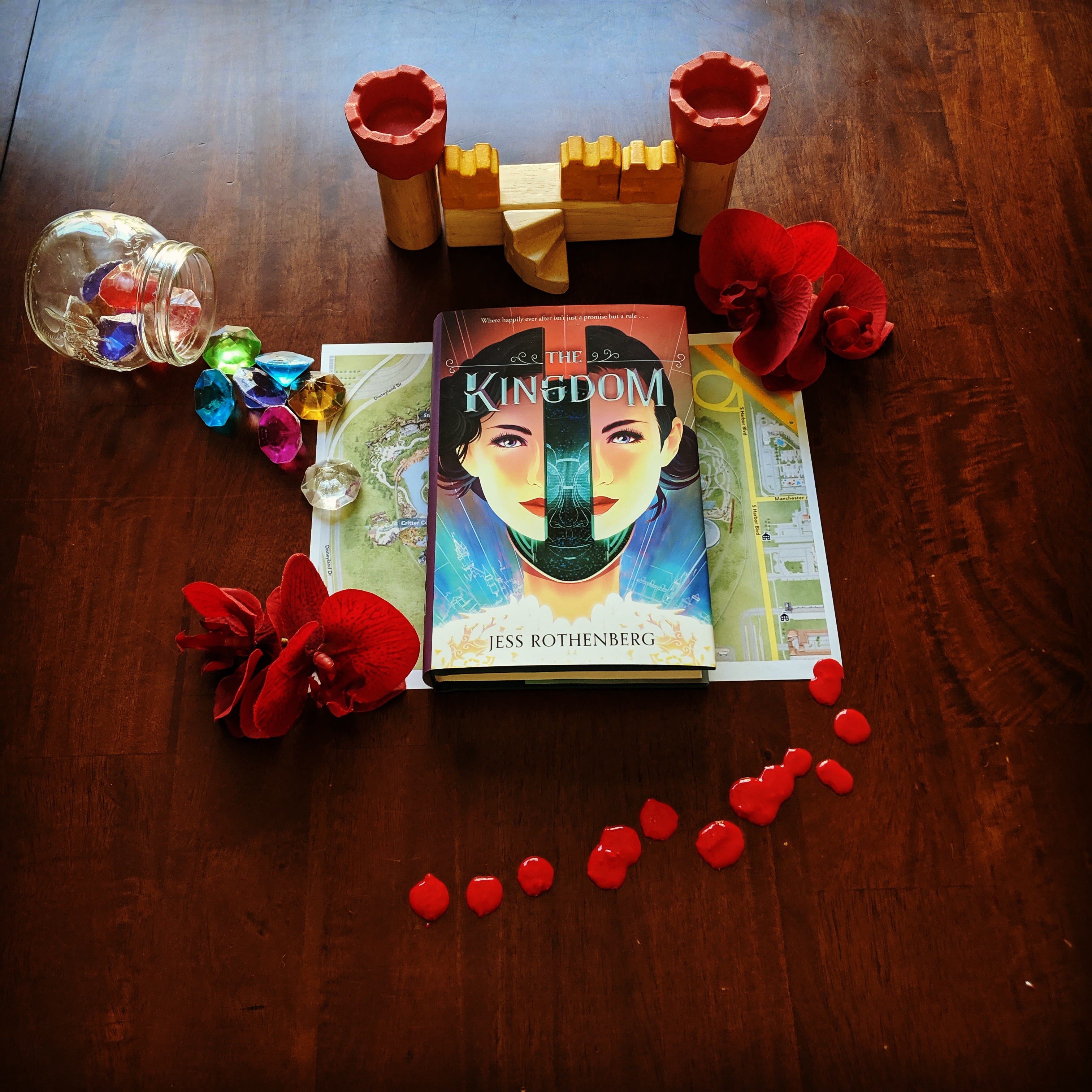 “We are beautiful. We are kind. We never raise our voices. We always aim to please. We never say no, unless you want us to. Your happiness is our happiness. Your wish is our command.”

Welcome to the Kingdom.

We begin with Ana.

She is a flawless perfect hybrid.  A synthetic being who looks and acts human created for one purpose: to please.  There are other specific terminologies for artificial intelligence such as automata, a programmed machine with no intelligence of its own; machina, a machine that must have a human engineer to operate.  Nevertheless, in this novel the synthetics are specifically known as hybrids or Fantasists.

The novel begins with a murder.  And like any satisfying murder mystery the author sets up this web of intrigue and suspense, with intricate strands spun in every direction, eventually connecting each thread together to span across the length of the novel.

It is Rothenberg’s proportionate use of court interviews, court transcripts, and evidence documents that adds to the labyrinthine plotting of her novel and perfectly adds depth and substance to the story.  While also including Ana’s past memories, we experience each memory with her first hand, adding to the complexities leading up to the murder. With the help of the court interviews and transcripts, Rothenberg gives the reader a juxtaposition of what leads Ana to the point of being placed on trial and most importantly, why.

From the beginning of the novel Ana embodies the mantra of the Kingdom corporation, she is beautiful, kind, placid, and above all, submissive to the needs and wants of all patrons.  She is in every way a “machina.”  It’s this disturbing idea, to be the ideal while also being subjected to the will of others (both cruel and otherwise) that Rothenberg brings up. Because Ana is perceived by the Kingdom as “lifelike,” she is not a human and therefore does not deserve the same rights as whom she is portraying.

Ultimately, Ana is a machine, programed with algorithms, that may originally be specific, there is always the potential variables that can lead to evolution (singularity).  But for all intents and purposes, the Kingdom Corporation has programmed Ana with a definitive purpose: to smile, be beautiful, and fulfill every patron’s wildest fantasies.

Unlike her Fantasist sisters, Ana is unique. She is the most favored of all her sisters. She stands out. And she feels more, noticing every detail every facet from the shape of a stone, to the scent of every flower.  She is capable of knowing how tall an object stands, the names of every species, how many steps it takes to get to each location in the theme-park.  She even knows where the wireless signals are weakest, disabling her live-stream features.  I think these details are key to understanding how Ana evolves over the course of the novel.

Ana at first is childlike, acting according to her makers fundamental programming and algorithms, but slowly, over time, she adds these seemingly inconsequential details to her memory.  And these details add up.   They begin to help shape her feelings and how she interacts with her world.

Until she encounters Owen, a young man who works as a maintenance worker for the Kingdom, changes everything.  After her first encounter with Owen, she begins to feel and experience everything quite differently.

Coupled with her growing emotions and feelings towards Owen, there are moments throughout the novel, even in the very beginning, where a seed of doubt starts to grow, leading her to question her identity and her purpose in this world.  Thus, she evolves.  Ana becomes, ex-machina, no longer subjected to the will and ingenuity of a human operator, but developing her own intelligence, where she is capable of independent actions and thoughts.

Like her seven Fantasists sisters, Ana lives and breathes the magical world of the Kingdom. And at first glance the Kingdom that Ana calls home is exceptional.  A place everyone would want to experience at least once.  Rothenberg vividly creates this dazzling, eye-popping, state-of-the-art, glittering theme park that is a futuristic version of Disneyland.

You traverse the endless terrain, brought to life like a fireworks display of color and sound, flooding your senses with vivid colors, enticing aromas, versatile textures and vibrant sounds that remind you of the theme parks of today.  Where every fantasy comes to life: from the hot desserts of the Savanah to the cold frost in the Arctic, guests experience every climate, every species (both alive and formerly extinct) and live and are treated like royalty.

Initially, we have this picturesque view of the Kingdom.  Once we begin to dive deeper into the story, Rothenberg depicts a darker more unsettling landscape.  How the artificial intelligence community (both animal hybrids and the Fantasists themselves) are mistreated.  They are seen and treated like a commodity and may be used as the manufacturer sees fit.  Where hybrids are “other,” and have no rights, no voice, and no opinion other than to please and do as they are told.

While there is clear evidence of physical abuse towards the animal hybrids, the Fantasists are a different story.  Even though Rothenberg does not overtly state that Fantasists, the seven flawless princesses, are being sexually abused or raped, it’s in the subtext.  There are alarming moments where certain Fantasist cannot recall what happened during certain events.  Their memory are literally erased and their programming suffers from the continual deletions of these certain encounters with investors of the company or higher ranking employees.

Whenever the topic of sexual abuse or rape becomes a focal point within a novel, the author walks a very fine line in how they present and deal with these difficult topics.  For The Kingdom, I don’t think Rothenberg did an adequate job in fully acknowledging the scope of sexual abuse in her novel, not making it completely clear that this type of behavior is wrong and abusers should be punished.  In the end there was no definitive answer if the abuse would stop, and when Ana discusses this with Owen or when the Fantasists discussed it amongst themselves it was almost as though it was inconsequential, they shrugged it off as something that just happens and it’s something no one will do anything about.

Finally, the ending of the novel was deflating.  Ana has this empowering moment, in a rather brutal and disturbing way, but it’s an intense scene and the stakes are high.  You don’t know what’s going to happen next.

After turning several pages, your hearts still racing, your eyes are darting across the page taking in every word, every line, when you suddenly come to a screeching halt. As a result, there’s stagnation.  Literally, Ana stops in a hallway and begins to process the Kingdom’s actual intent for the Fantasist Program.  It was disappointing, distracting and jolting because the adrenaline of the previous scene is still running through your veins seconds ago and now you come to a crashing halt for what amounts to an internal monologue that could have been edited or taken out completely.

Overall, The Kingdom is a fast pace murder mystery with a fascinating main character.   Through the use of courtroom documents, testimonies, interviews, and Ana’s own personal point of view, Rothenberg creates a story unlike any other.  She captivates us in an elaborate web that is spun with rich detail leading us across spider silk that at first glance is vivid and enticing, but in truth is a means to a sticky end.  The Kingdom is a tale of obsession, identity, lies and unforgivable truths. But even with all these meaningful qualities, The Kingdom fails to fully address key issues that should not be taken lightly, particularly with this audience.

There Will Come a Darkness, Katy Rose Pool