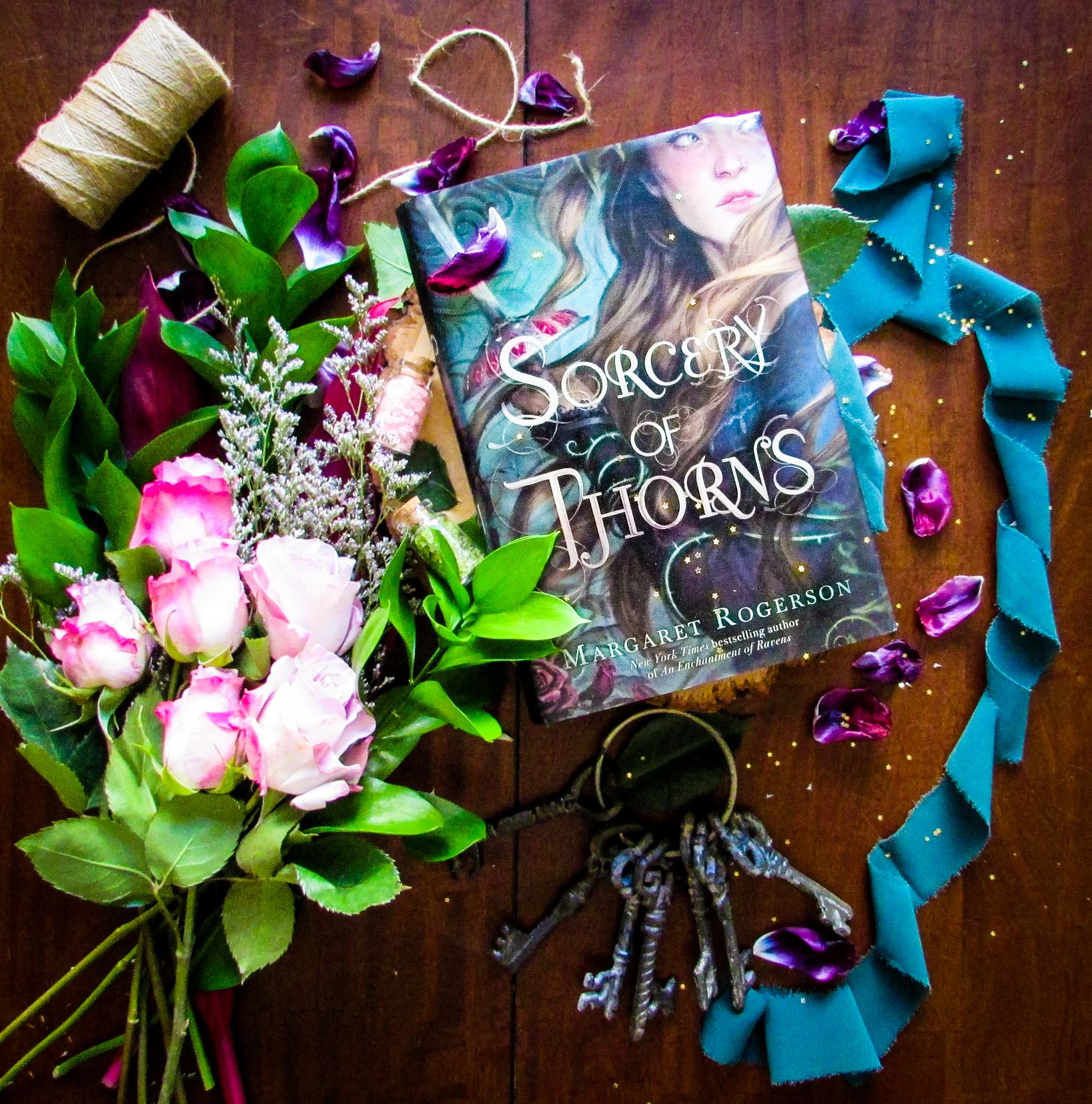 Imagine being raised in a magical library where growing up was rife with the smell of ink and fresh parchment and your playground was the labyrinth of shelves dedicated to holding thick and fat tomes, brimming with stories ever imagined at your fingertips, waiting to be discovered.  Not just any book, but grimoires.  Grimoires that were not inanimate artifacts which only came alive in your head, but were living and breathing as you and the other librarians who keep the library running and safe.  Safe?  You may be perplexed that I bring up the word safe.  Why would they need to keep these books safe?  Well these aren’t just any books, these are magical grimoires filled with spells used for good or evil.

Welcome to the Great Library of Summershall!

An evil lurks in the kingdom of Austemeer and the Great Libraries are at stake. Their only hope is an orphaned library apprentice.

Elizabeth Scivener was raised from infancy at Summershall, one of the five Great Libraries in Austermeer.  In Summershall, a library unlike any other, Elizabeth lived and breathed the magic that each grimoire had to offer (at least not the maleficent kind).  The magical books, if not properly kept, caused mischief when bored, sang in soprano, intently off key to grab anyone’s attention, and snored wetly (a mist of ink splattering the shelves and floors)  as it floated across the library when deep in a dreamless sleep.  These were Elizabeth’s friends, her companions who gave her a view of the outside world through the words they brought to life.  And like a tiny seed growing in a wild yet vibrant, magical garden, she grew and thrived on sheaf and ink.

Early on Elizabeth was always aware of the Great Librarian’s motto: Duty unto Death.  Not only are the librarians of Summershall keepers of knowledge, they are warriors—Wardens, librarian knights— who guard and protect the magical books in their charge.  And Scivener’s greatest hope is to become a Warden whose purpose is to protect the grimoires from sorcerers.

From a very young age Elizabeth was taught that sorcerers and their magic are evil.  Because of their dark magic and evil ways, they cannot be trusted with the grimoires that the Great Libraries protect at any cost.  It should be noted, the grimoires themselves can be enchantingly murderous.  Capable of beguiling you to believe one thing before you realize the trap to your demise.  Most of the grimoires housed in Summershall are somewhat dangerous, filled with magical spells that could cause unimaginable destruction and harm, and if damaged, the grimoires mutate into an uncontrollable grotesque Malefict.

When Elizabeth has her first opportunity to help transport and secure a high-class grimoire deep within Summershall’s heavily protected and warded vault, she braves the terrors of the grimoire with little mishap.  And with the encounter under her belt, Elizabeth finds the chance to finally meet a sorcerer.  Not just any sorcerer, but the Magister Nathaniel Thorn (swoon).  Although he is witty, handsome, charming and a bit of a rogue, he is a sorcerer, an enemy who is not to be trusted.  The chance meeting sets up a memorable exchange between Elizabeth and Thorn that ignites the potential possibilities between these two adorable characters.

Then everything changes.  Elizabeth awakens to death, pandemonium, with a Malefict at large.  Elizabeth must make difficult choices quickly and with no guidance from her peers in order to ensure the safety of the Summershall and the sleeping town the Malefict is racing towards.  With only a sword and her wits, Elizabeth is able to destroy the monstrous beast of ink and paper.  But hours later she is marked as the leading culprit to the murder, a traitor to her kind, and her punishment is banishment from the only places she’s ever called home.

The Magister to collect Elizabeth and take her to the capitol for questioning is none other than Nathaniel Thorn along with his magical companion Silas, a demon from the Otherworld.  Elizabeth’s apprehension and need for escape is palpable.  After days of solitary confinement she is physically and mentally drained from her altercation with the Malefict.  But the more time Elizabeth spends with the sorcerer and Silas, the more she begins to realize they may not necessarily be the enemy and perhaps are as clever as they are perplexing.

Both Thorn and Silas are paramount in Elizabeth’s journey laden with danger, sorrow, and arduous self-discovery.  Thorn and Silas are a delightful pair.  They bring the added humor and wry wit needed in the darker moments of the novel.  With each new calamity Elizabeth finds herself in, she begins to question previous prejudices and misconceptions.  Over the course of the novel her views and beliefs appear to change.

Elizabeth Scrivener is an unstoppable force.  She leads us head on page after page with Deamonslayer, her heirloom sword, firmly in hand.  She is not only charmingly awkward at times, but most importantly strong and resourceful, capable of holding her own, ultimately making for an empowering tale.

Rogerson creates an enthralling world where the setting is brimming with magic.  It is as animated and alive as the bewitching grimoires that inhabit the Great Libraries.  With warrior librarians and libraries that are a lush and wondrous part of this story, Rogerson’s landscape and incredible vision that is Summershall, is fantasy at its best.  With a slow-burn romance and unbreakable friendships, Rogerson has once again written an unforgettable tale.

Sorcery of Thorns grabs you firmly by the hand, and has you running at full speed, never letting go.

My only concern with this novel was the ending.  With all the twists and turns, the rapid pace, where nothing is as it seems, and shocking reveals, the ending proved somewhat predictable.  This could have been easily fixed had Rogerson mentioned at the start of the novel the eventual choice Elizabeth makes in the end.  I think had she gone that route, the ending would have been much more satisfying.

We Hunt the Flame by Hafsah Faizal