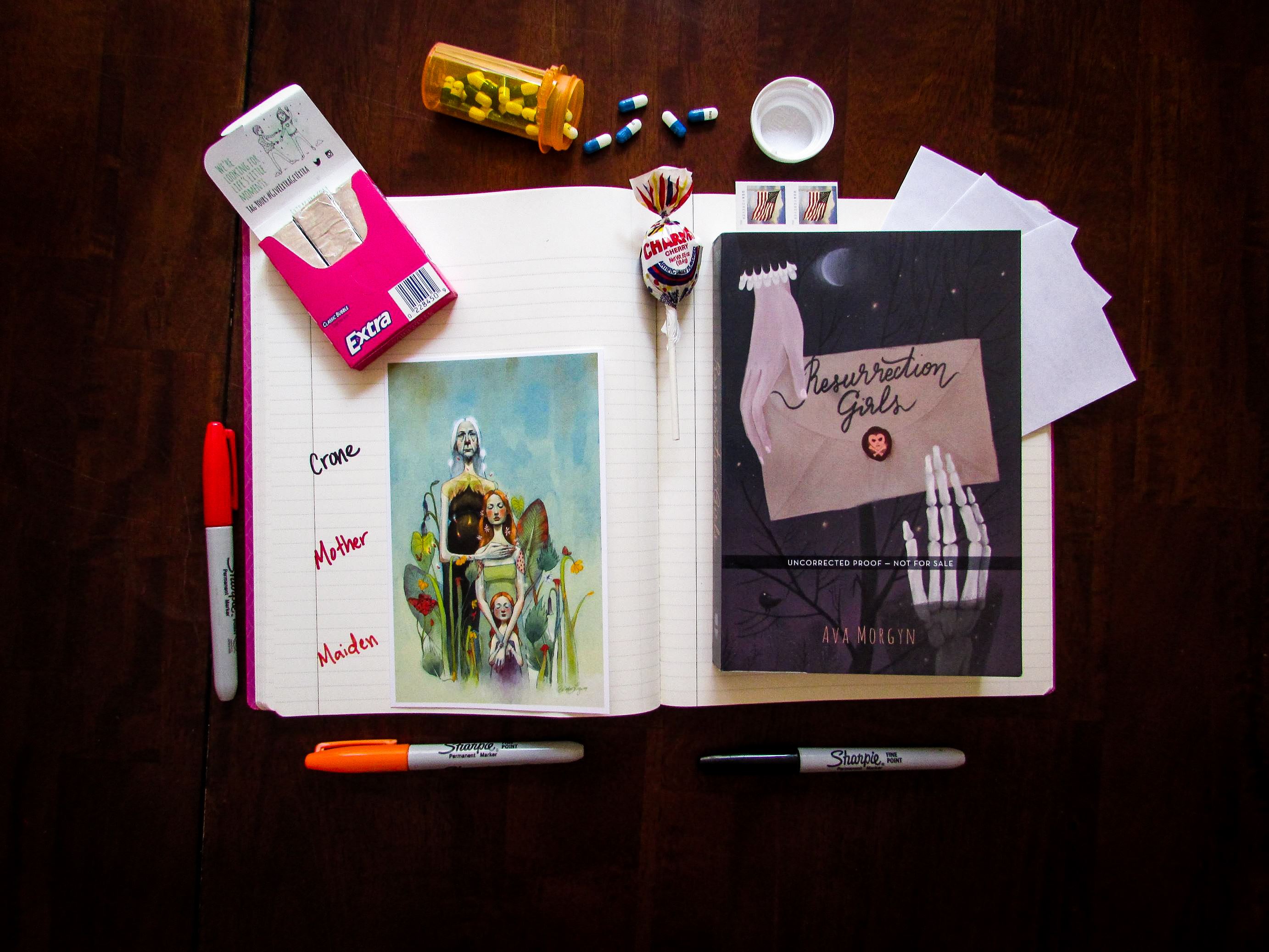 How do you deal with a grief that has no end? The sorrow is so overwhelming it’s an abyss, dragging you down deeper and deeper, stealing the light, your breath, along with any hope of surviving and obscuring everything to the darkest shades of ash and obsidian.  Where numbing your senses, by diving into oblivion head first, is better than actually dealing with the unimaginable.

Three years ago, Olivia Foster’s younger brother, Robby, drowned.  And her brother’s death is a heavy burden on her shoulders, like a thick, coarse coat.  Olivia is laden with guilt over her brother’s drowning and can’t seem to cope with that fact because Robby died on her watch.

After his death, the pool was cemented in, Olivia’s mother exists in a haze on anti-depressants.  Her father comes home at odd hours, claiming he has to work late.  Olivia deals with her own depression and mounting guilt by pilfering prescription drugs from her mother’s stash of anti-depressants and pain killers.  This vicious cycle of avoiding and ignoring their surmounting grief comes to a boiling point when new neighbors move across the street, and it’s no wonder Olivia makes the choices she does when under the influence of depression, prescription drugs, and a new friend who doesn’t play by the rules.

It’s another summer in Texas and the hottest summer season to date. And like the unnatural weather, Olivia Foster makes this unexpected friend during her time of grief.

A moving van arrives at the vacant home across the street accompanied by three strange, yet unique women: a grandmother, a mother, and a teenage daughter.  Olivia is immediately drawn to the new neighbors, particularly the new girl being ogled by the movers.

Kara Hallas sashays into Olivia’s life without invitation or an apology.  She’s a magnetic force to be admired and envied.  Her charisma overpoweringly washes over Olivia like a wave crashing onto the shore, keeping her always off balance while pulling her further into open waters, where Olivia can explore this new version of herself.

While Olivia is perceived as quiet and insecure, Kara has an unflinching confidence, pushing the limits to the point of recklessness.  Because Kara’s persona is so overpowering, she quickly brings Olivia into the fold, reintroducing her to the living, as though purging a festering wound.  As Olivia gets to know Kara, she finds her new friend has a morbid curiosity for writing letters to death row inmates, under the guise that they will bring these dying convicts a glimpse of peace.  Eventually Kara persuades Olivia to help write these letters by using the alias Resurrection Girls.

Olivia is finally feeling something other than sorrow.  As her friendship grows, Olivia finds herself fascinated by Kara, drawn by her overpowering magnetic pull.  Her feelings begin to change, possibly wanting something more.  But all the while there is something other about Kara.  Something strange, dark, and mysterious.  As the story progresses, a seed of apprehension is planted of what might happen to Kara Hallas and Olivia Foster as the story draws to an end.

Resurrection Girls is a heartbreaking story, one that sheds light on how families deal with their grief and tragic events.  Even though Morgyn writes about sensitive topics in a meaningful way, there were some concerns while reading this novel.

A minor concern, but one I thought stood out, was the title Resurrection Girls was used too frequently.  It began to lose its wonder and unique place in the novel every time it was mentioned after the initial introduction.

The overall pace of the novel was uneven, added by the overuse of repetitive tropes of death and grief, made reading somewhat halting.  I found there were a few missed opportunities to really hook the reader in during the first half of the novel.   Where certain chapters had the potential of maintaining interest, but did not fully enrapture that eagerness for the reader, in finding out what happens in the next chapter.

Things started to pick up mid-point, when Olivia, Kara, and Olivia’s long-time crush and neighbor, Prescott, try to figure out why Olivia’s father is coming home late.  But as the book drew to a close, the story took a strange turn and became difficult to process.  There was a harrowing moment, prior to the scene referred to as difficult to process, where Morgyn captures a teenager in crisis.  We see the final repercussions of Olivia’s prescription drug abuse—like a boiling pot of water, unattended, with the fire on high, spilling over and scalding everything in its path—and the major turning point for Olivia and her family.

In the final scenes of the novel concerning Kara was where I had the most difficulty.  I understood the supernatural elements Morgyn used in her novel, specifically surrounding the Hallas family, but there are limits on how far the reader is willing to suspend their disbelief.  When what is being presented is either too confusing or too difficult to comprehend, the reader may not accept the plausibility of the narrative.

Ava Morgyn is one of the newer voices in the young adult scene.  She provides a glimpse into a world some would refuse to tread.  We seldom look beyond the day-to-day.  We’re so focused on the now that when the unexpected knocks us off our feet, disorienting our axis, our world, and turning it upside down, we sometimes become incapable to cope in the new version of ourselves and our world.  Even though we are forever changed and altered when we experience unimaginable loss there is that spark of hope, that kindling of kindness and compassion found in the most unlikely of places, in order to begin to heal.

The Fault in Our Stars, John Green

They Both Die at the End, Adam Silvera