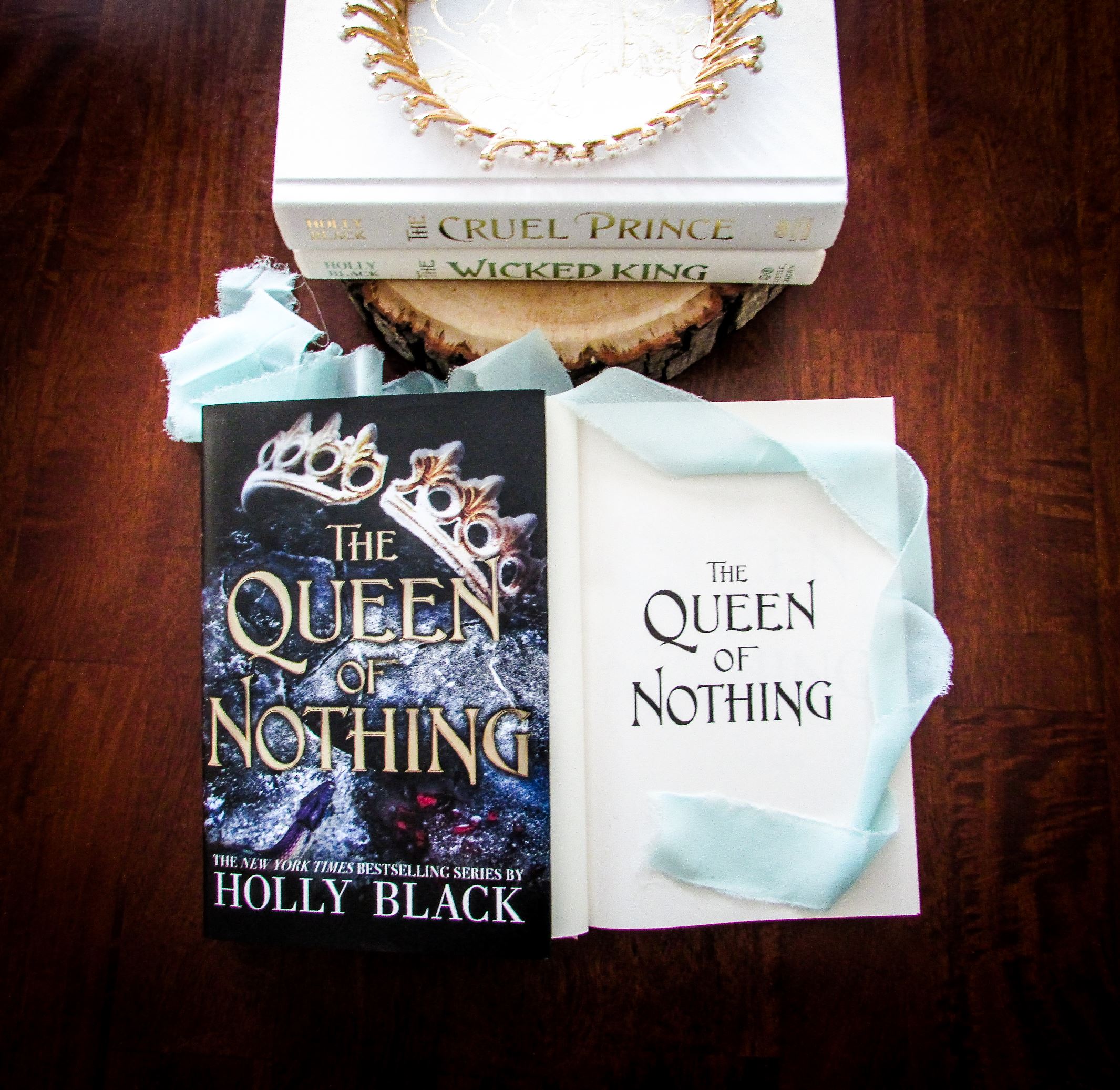 How is this story going to end?

Dear Readers, if you have not read The Cruel Prince or The Wicked King consider reading those novels before reading on.  If not, be warned, there are a few spoilers.

The Queen of Nothing is the final book in author Holly Black’s The Folk of the Air series.  Jude is still dumbfounded over Cardan’s betrayal, questioning and doubting everything she’s learned or thought to be true.  Having lived a life of deception, intrigue, and scheming, Jude finds her exile a cumbersome one, hating living in the mortal realm, where she was born.  Jude is forced to bide her time, plotting how she will extract her revenge and claim her rightful throne as the mortal Faerie Queen.

At the beginning of the novel Jude hasn’t come up with a plan to get back into Elfhame, but an opportunity prevails itself when her twin sister, Taryn, arrives home with a dire request.  Jude knows the terms of her exile, if she returned she would risk everything, including her life.  But Jude’s obligation to her family runs thicker than her anger towards her deceitful twin and she defies the proclamation set against her. Jude goes back to the Faerie Court to help her sister, tackle her feelings for her Faerie King, and ultimately find her place within the faerie land.

Overall, I was disappointed with The Queen of Nothing.  The story had its moments of captivating intrigue, action, and suspense, but it seemed to lack in its ability to fully grasp the scope and potential of the overarching story.  Black had every chance to expand and dive deeper into her magical world, but at times, it seemed to fall short.  There were many opportunities missed where she could have expounded on certain themes, tropes, or even point of view, particularly in the case of Cardan. I understood each novel was written in Jude’s point of view, but I think had she included Cardan’s in this final book it would have been a more rich and fulfilling read.

Personally, the main reason for finishing this series was to find out what would happen between Jude and Cardan.  The complex relationship Black built between these two kept me wanting to know more.  Jude and Cardan’s interactions were at times flirtatious and at others, divisive.  It was such a strange dynamic, so completely different from the typical tropes used in YA that readers won’t help but be compelled to want to know if they end up killing each other or falling in love.

A Court of Wings and Ruin, Sarah J. Maas

Blog Tour //Where We End & Begin by Jane Igharo//

Summer in the City of Roses by Michelle Ruiz Keil

A Sky Beyond the Storm by Sabaa Tahir