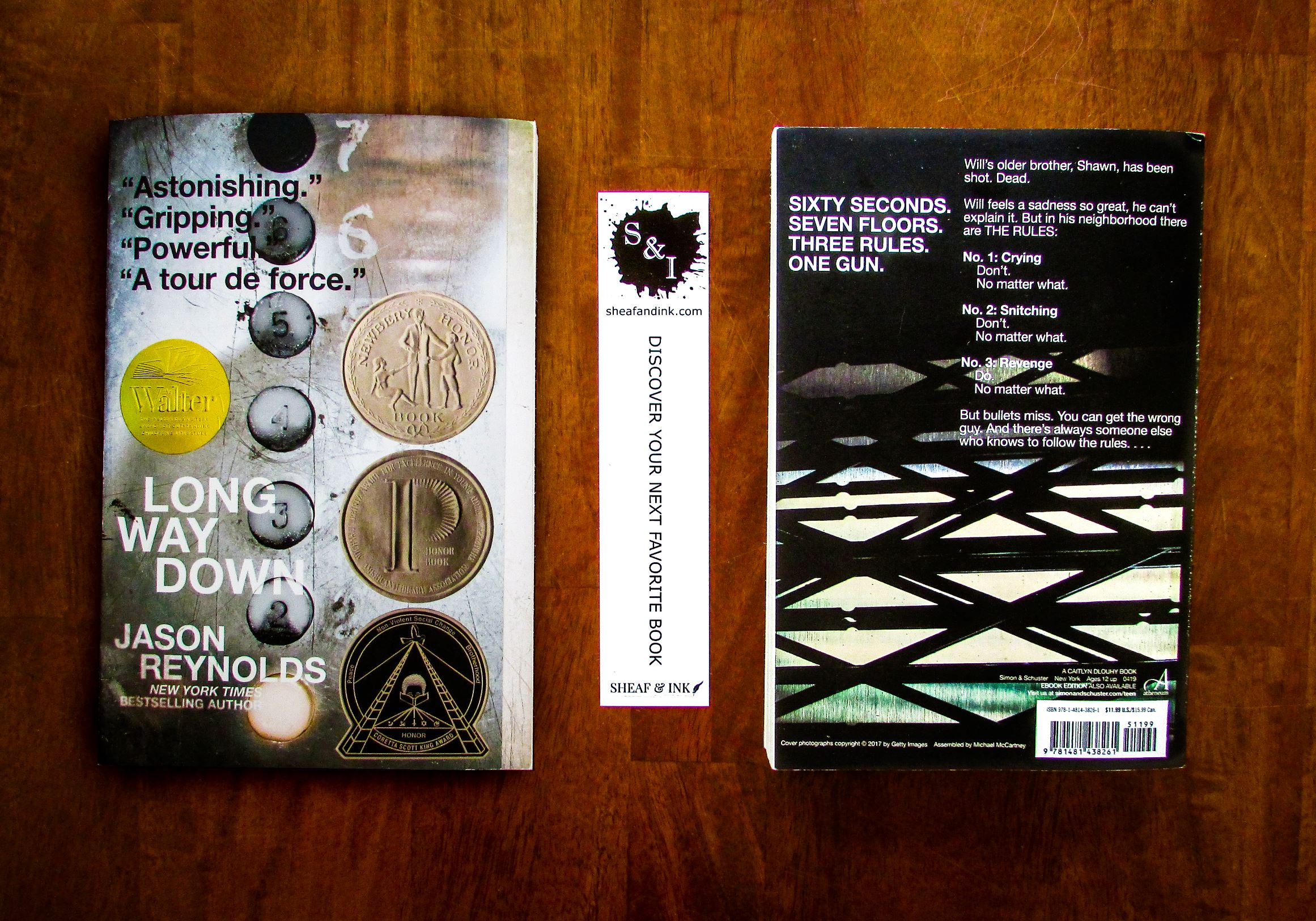 “This story puts a voice to what real teens face.  What we as a country have faced spanning my lifetime and much longer with an uptick in the last handful of years.”

Everyone knows him as Will.

His brother was killed.

Will knows the rules.  They’ve been drilled into him like counting and your ABC’s.  It’s a refrain that’s never forgotten because it’s cemented in his mind permanently.

Is he going to take it?

Long Way Down is written in such a unique way that I found myself lost in the pages, not realizing the time or how far I’ve gone.  I felt connected to the narrator’s voice as though we were sitting together at a bus stop waiting for our next ride that we’re clearly on together.  And he’s already talking as though he has to get every word out quick, but sure.  I’m sitting quietly absorbing it all in, my mouth wide as I lean in to take in every word.  It’s powerful.  A moment that is utterly terrifying as you begin to see how one shot can dismantle so many lives.

I don’t know about you, but I’ve found over the years that some books need to be read at the right moment.  That I need to be prepared for what I’m about to encounter.  And what I encountered in this book was incredible.  Long Way Down took me by the hand with a vice like grip and pulled me down into the deepest darkness that holds all of our human sorrow, hurt, and remorse.

We, as the readers, experience the ghosts of Will’s family and friends who all have been killed by a bullet.  Shot and murdered either in the cross fire or knowingly placing themselves in harm’s way all because of the rules they are meant to follow.  Those rules have a domino effect because of gun violence and it burns through lives like a hungry flame ravishing everything in its wake.

This is a story crafted in such a raw and real way that is unlike anything I’ve read before.  We, as readers, feel the cold dread, the fear like ice, the desperation, the absolute need for reassurance.  The reassurance that what Will is about to do is the right choice.  The prose are vivid in a terrifying way.  Every floor of the elevator is a new discovery a new viewpoint at what a bullet can do.  And the time is ticking before we get to the final floor.

Reynold’s pen is sharp and quick leaving no room for stagnation or self-reflection, not until the very end.

Audience: Young Adult ages 12 and up

The Hate U Give, Angie Thomas

This May End Badly by Samantha Markum

Simon vs. The Homo Sapiens Agenda by Becky Albertalli