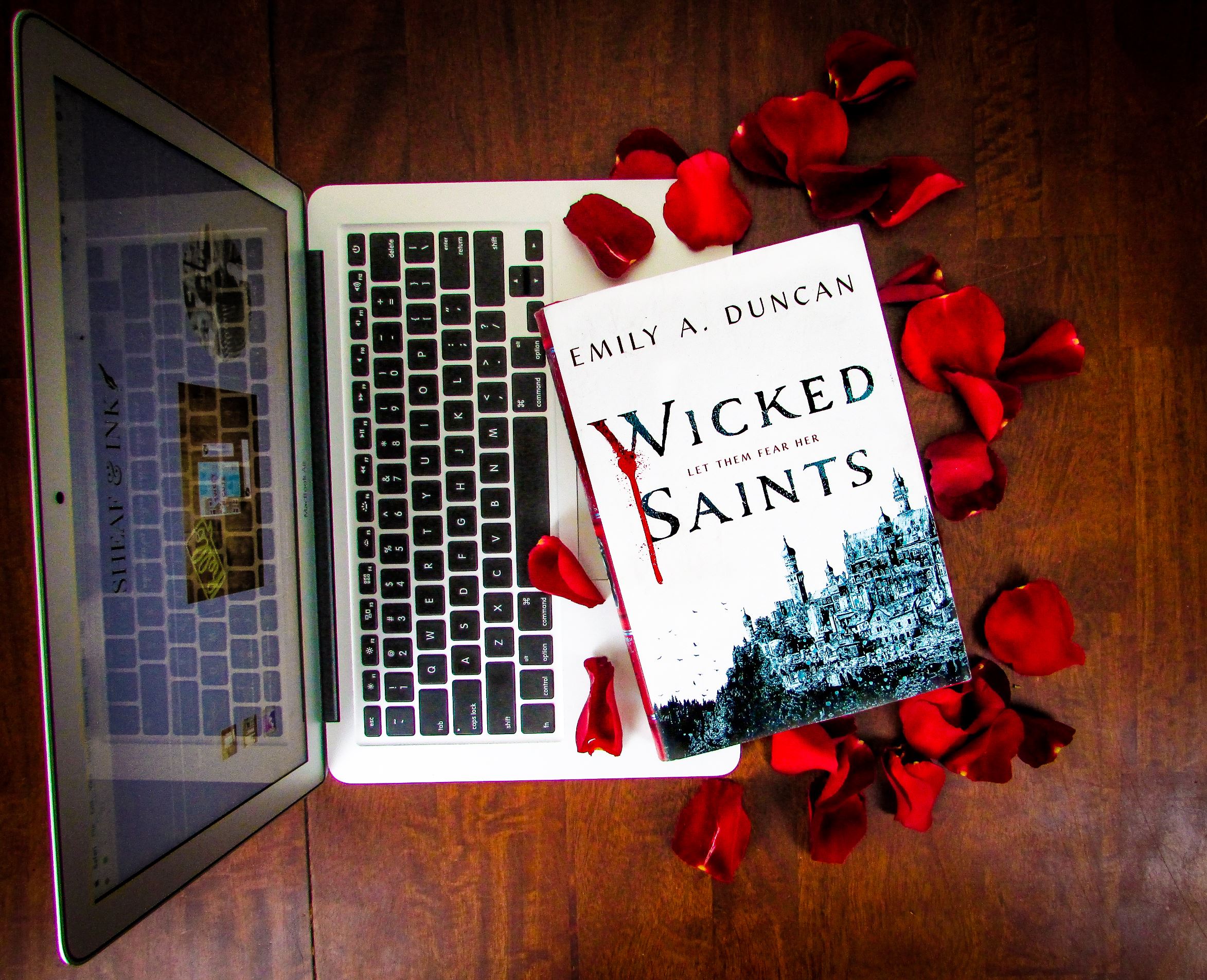 “Fans of Leigh Bardugo, Victoria Schwab, and Susan Dennard will obsess about Emma Duncan’s new series. Rich with magic and splattered with blood, Wicked Saints is a stunning debut not to be missed.”

Nadezhda Lapteva, Nadya for short, is god touched.  She hears the voices of the gods in her head and has the magic that goes with it.

Serefin Meleski, the Crown Prince and General of his fathers’ armies, is the strongest Blood Mage in his country.  His single goal: capture the Kalyazin cleric.

Malachiasz Czechowicz doesn’t remember his past, but clearly is a Blood Mage with a few hidden secrets.

All three of these characters paths collide with a force like an avalanche, brutal and crushing, and twist into tight knots that have their outcome uncertain.  With a never ending war raging on and the Crown Prince’s very soon engagement, the real question is, will they all survive?

You know when a book reminds you so much of favorite reads you’ve read in the past?   Wicked Saints is one of those books for me.  Even with a fresh new story that is a blood bath of spells and magic, it reminded me so much of my favorite novels. I was sucked in by the pull of this book.  The under current so fast and ferocious I never had time to take a breath.

With a masterfully crafted story, Wicked Saints is cleverly written with characters who are simply irresistible.  Rich and dark with a magic so enchanting, readers won’t be able to resist this fascinating story.

I only had a few concerns.  Without giving too much away, I felt the dueling suitors aspect of the story was cut too short.  The idea of the competition was intriguing. It fueled the uncertainties for certain characters while exploring the limitlessness of their powers and how they could control and harness it.  I was also confused towards the end on how a certain character survives.

Even though these concerns are minor, it didn’t distract from the overall gem that is Wicked Saints.

Audience: Young Adult ages 13 and up