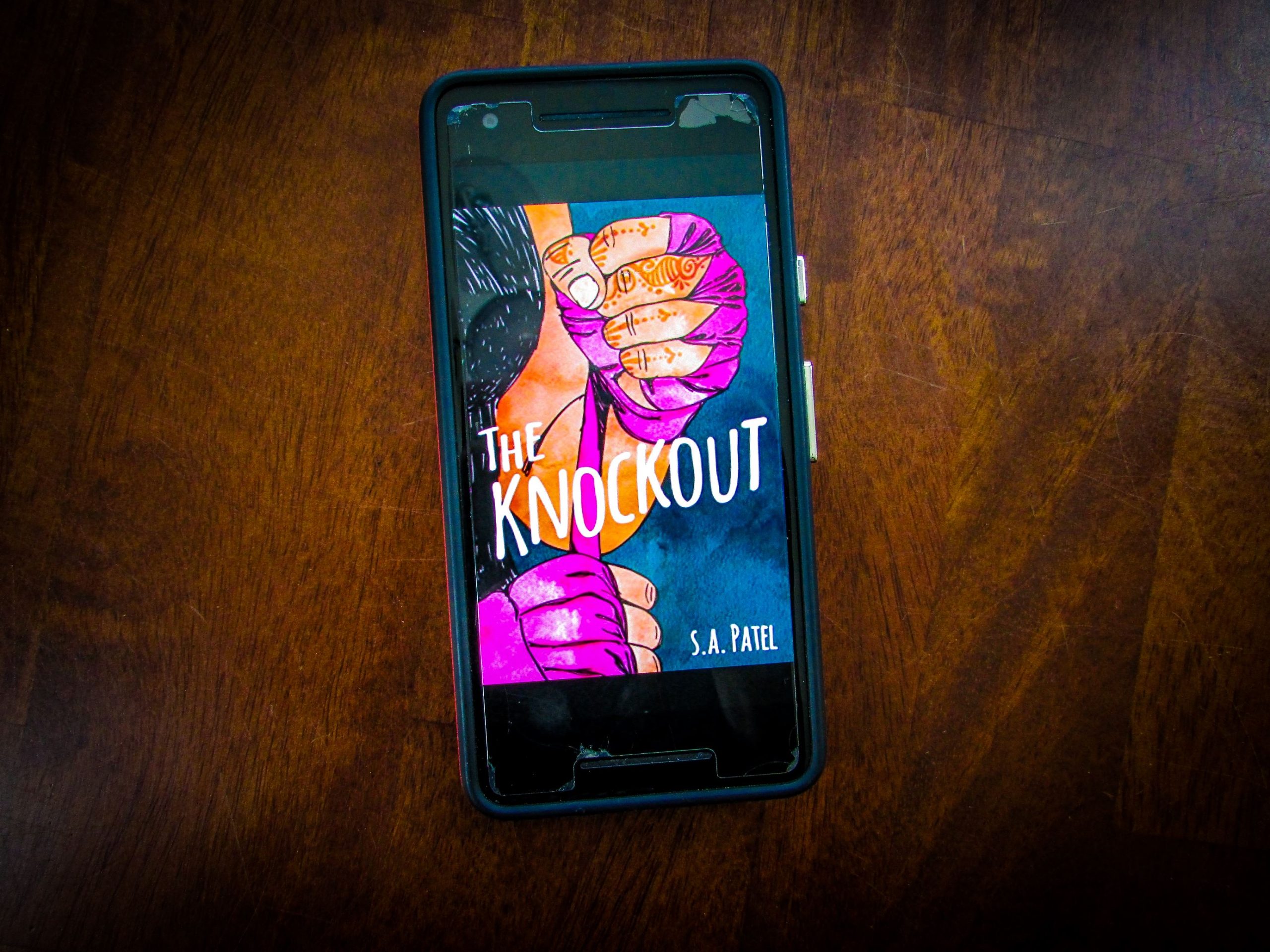 Let’s talk about the cover of this novel: a close up drawing of a female torso, where she is preparing for a fight, her brown arm flexed, her fist tight as she finishes wrapping her left hand with pink fabric, the Henna tattoos etched on her fingers like war paint.  It’s an impressive image, one that would have readers buying the novel purely on the cover alone.

Kareena Thakkar is a fighter. But not just any fighter, she participates in the “art of the eight limbs,” Muay Thai a combat sport. She practices day and night to be the best fighter in her region. When an opportunity of a lifetime arises, Kareena will do anything for a chance to earn a place on the first ever US Olympic team.

The Knockout synopsis was a unique and intriguing one. It’s a story of a young Indian high school student fighting for more than just a national title, but a place in a sport dominated by men. And to see a fierce heroine, making a place for herself by pursuing her passions is always a refreshing and aspiring story to read.

Even though the story is an #ownvoice Young Adult debut with an interesting premise, the execution of the narrative was disappointing. As the reader, I had no emotional investment for Kareena Thakkar because she lacked identifiable characteristics. She didn’t seem fully rounded with complex feelings or emotions that would endear her to the reader.

I think the main concern I had was the writing itself. There was so much potential for this novel to be as powerful as its title. Where Patel could have explored, in much more detail and depth, the Indian culture, emotions of the main character, her drive to fight, why she started fighting, and more.

Given that this was a story about fighting, literally and figuratively, for so many reasons: family, friendship, and self, Patel could have made a more lasting impression had the dialogue sounded more natural and not a torrent of words with little to no inference. But most importantly, writing more vivid and elaborate descriptions of Kareena’s culture, her emotions, feelings, surroundings, and interactions to add to the fullness of the story.

On the Come Up, Angie Thomas

The Midnight Lie by Marie Rutkoski