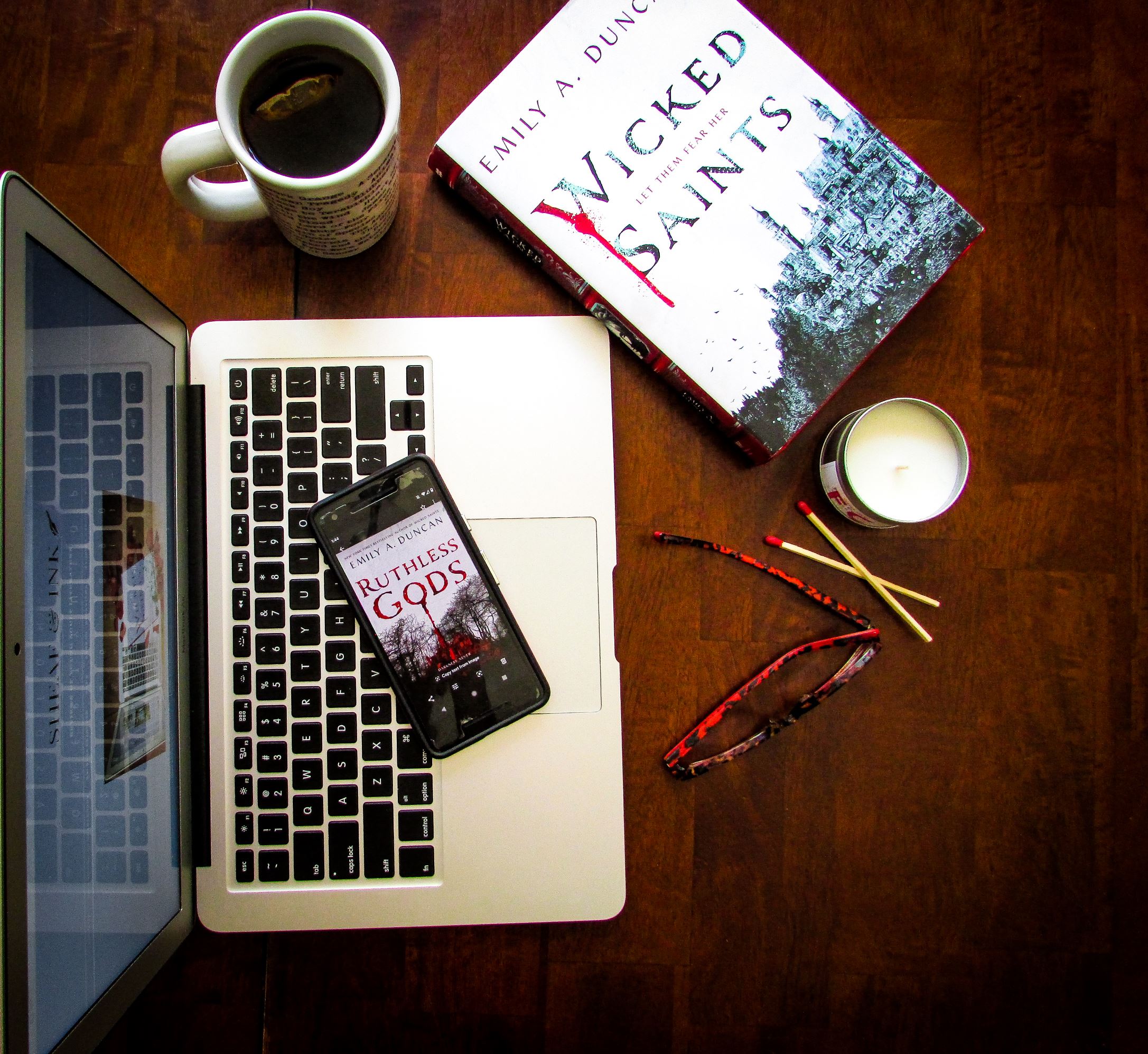 “A book filled with razor sharp teeth, drenched in blood, and monsters you’ve never dreamed of.”

Nadya Lapteva, Serefin Meleski, and Malachiasz Czechowicz are all dealing with the aftermath of their choices in the Black Vultures Cathedral.  Nadya has lost her powers and her connection to the gods, Serefin is grappling with the voice inside his head and the fact that he is now king, and Malachiasz is scheming to take on setting his next piece in his grand puzzle.

But even as these characters deal with their inner failings and grow further apart, their fates are ultimately intertwined, stitched together with blood and a dark magic, a magic they don’t fully understand.

A prophecy is made, the girl, the prince, and the monster will each play a part, one that will either cost them their lives or the destruction of the world as they know it.

Second novels are a rare beast.  They take authors to another level because of expectations set by the original book: to push the story further, revealing new deceptions, plot twists, while maintaining a strong and fast pace, and also continuing to expand their world building and the depth of their characters.

After reading Wicked Saints I was ready for the next novel to sink its iron claws deep and take me on another mesmerizing journey that was equally as fast paced and intriguing as the first novel.  I wanted the dark fairy tale, with a searing romance to keep pulling me under so that I wouldn’t want to ever come up for air.

But, in Ruthless Gods, I had a few concerns.  What first stood out was the slow pace.  I understood these characters had been through a lot. Yes, they kind of needed a break. Although, after three chapters in, with no major action happening, the characters and the story started to feel stagnant. I almost wished the book had started when Nadya and Serefin left Tranavia if only to get things moving.

The other concern I had was how disconnected the characters were with their objective.  In Wicked Saints everyone knew what they were doing, it was clear to them as it was to the reader.  In Ruthless Gods though the characters have no idea (at least Nadya and Serefin) what to do or what is expected of them until the end.

There is the prophecy that is referred to, in Wicked Saints and is mentioned again in Ruthless Gods, but it’s vague in what’s supposed to be accomplished.  I know prophecy’s don’t always make sense and they are obscure so that the characters can figure it out on their own, but it felt unmoored from the story Duncan had created in the first novel. And perhaps that was intentional, but it ultimately left me confused as to what was going to be attained in the end.

I absolutely loved the relationship between Nadya and Malachiascz that Duncan created in Wicked Saints.  It’s not often the leading character falls for the monster.  And even though the back and forth between these two in Ruthless Gods is a constant love and hate throughout the novel, it would have been more enticing and delicious if these two had been a tad bit more honest with each other and had a more seductively intimate moment thereafter.

Ruthless Gods does not disappoint in the plot reveals and twist or its ending. The last few chapters are where things really pick up and the stage is splattered in blood. The monsters are grotesque, the gods vengeful, and you’ll be sitting on the edge of your seat, quickly turning each page, wondering who exactly is going to make it to the very end.