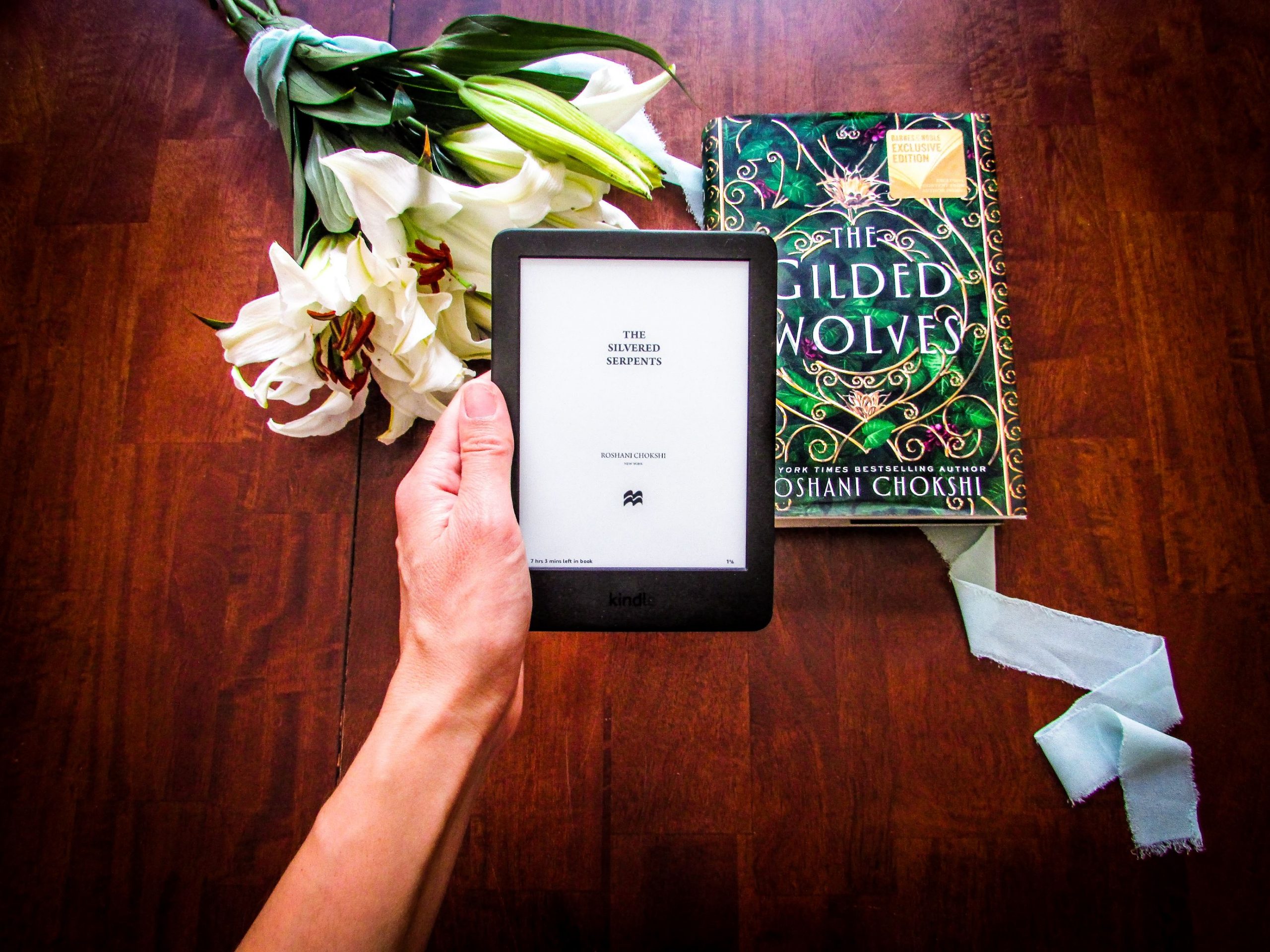 This winter fairy tale is unlike any other I’ve ever experienced. The Silvered Serpents is brimming with fascinating, yet terrifying mythology and dazzling magic, Chokshi’s band of treasure hunters continue their adventure in this next installment of The Gilded Wolves trilogy.

Séverin and his team are still recovering from their victory over the Fallen House.  But the outcome was bleak and has Séverin determined to keep his team safe.  Grappling with how powerless he is, there is one treasure that can make Séverin and those he cares about most invincible.

As Séverin, Laila, Enrique, Hypnos, and Zofia become lured into the ice landscape of Siberia, they are tasked with one last quest: to find a hidden treasure that could give them all they desire or cost them all they hold dear.

My Review: The Silvered Serpents

Revenge.  A dish best served cold. And the mastermind Séverin Montagnet-Alarie plans to be an artisan when it comes to extracting vengeance.  With his team scattered, he pulls them all together. One by one, he convinces them to join him for one last heist. Sweetening the deal with rewards beyond their imagining.

Roshani Chokshi has a magical way of creating landscapes that snare readers into vividly imagined worlds.  The details she uses are captivating, holding us tightly in its enchanting grip, never letting go as we move from one alluring place to the next.  We travel from the loud, gaudy, and bustling streets of Paris to the steely ice design of Russia. Although this new setting is a stark contrast from The Gilded Wolves, it is equally depicted in a magical and striking way.

Even though The Silvered Serpent isn’t as fast paced as The Gilded Wolves, Chokshi delves deeper into her characters psyche. She pulls back their many layers, exposing them to the cold and brilliant light, allowing the readers to connect with each of these characters on a more personal level. As she offers these glimpses of their past, certain characters are drawn closer together as they reveal more and more of themselves to each other. Allowing their vulnerabilities and insecurities to propel them forward to the inescapable ending of this story.

Betrayal, romance, and a terrifying legend that shapes the fabric of this installment, readers will feel the ice cold brilliance from beginning to end and an unyielding ache for the final book.

Similar Books to The Silvered Serpents Recommended by Sheaf and Ink

The Court of Miracles, Kester Grant

This Rebel Heart by Katherine Locke

The Devil and the Heiress by Harper St. George