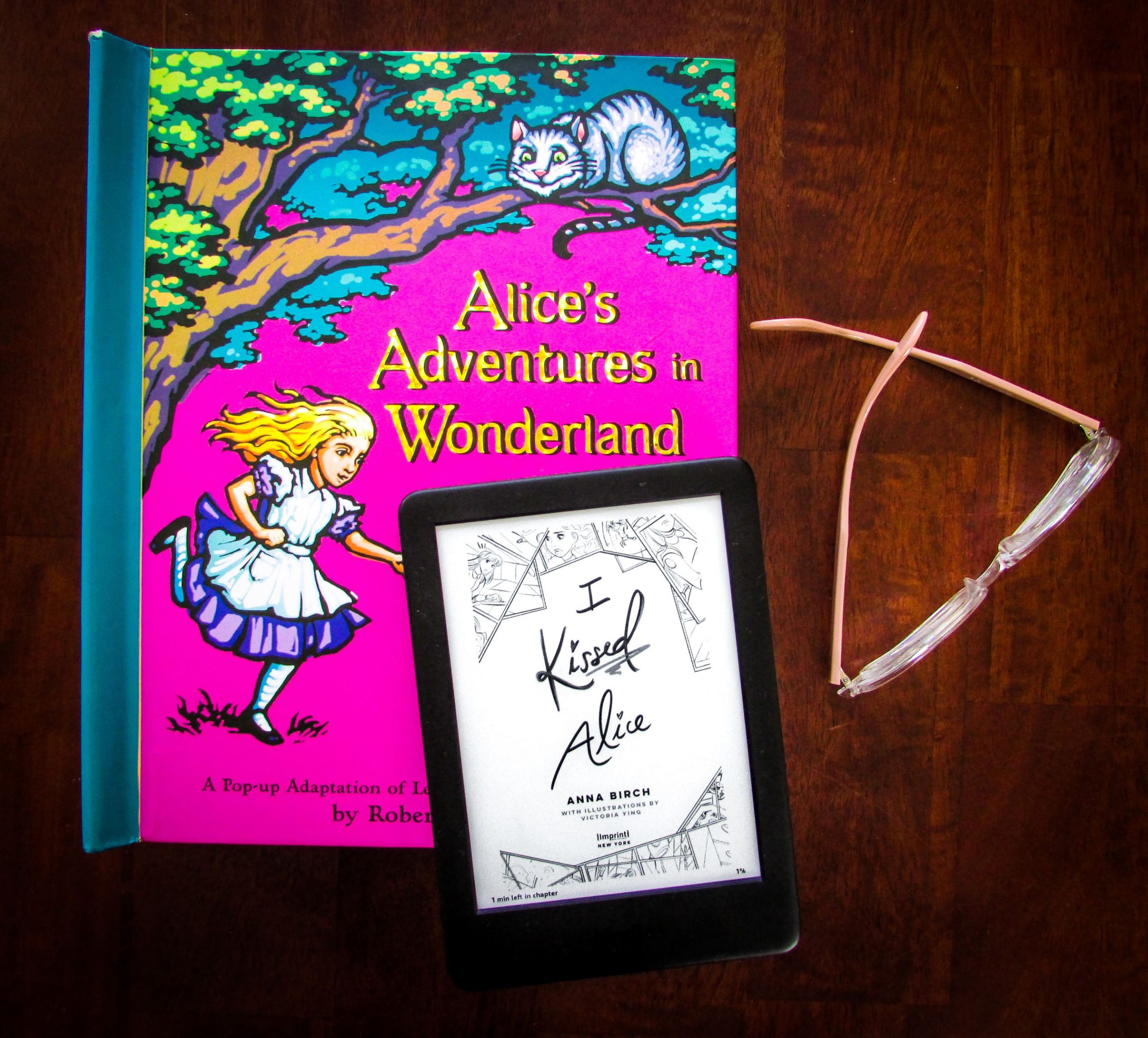 Three girls, two enemies. I Kissed Alice is as subversive as it is moving. Readers will be engrossed by the angst, drama, and love in disguise.

Iliana Vrionide and Rhodes Ingram have three things in common. Both are exceptionally talented artists. They share the same best friend. And each girl despises the other.   With the upcoming Capstone Scholarship, the competition between these two is intense.

Even though their hate for each other brims to near boiling point, the two escape their drama to a fanfic website where they unknowingly collaborate on a graphic novel together.  And as their real life relationship increasingly gets uglier, their anonymous fanfic identities are falling for each other.  It’s only a matter of time before they find out their true identities.  But the question is, can these two ever be together with all the baggage they both carry?

Anna Birch’s I Kissed Alice masterfully paints a vivid picture of how two girls deal with their identity, who they are as artists, and their place in the world.

Readers will see through these characters eyes and be shocked by the myriad of feels this book exposes.  We experience the intense, competitive, almost violent force of nature that is Illiana Vrionide. While the parental pressures, apprehensive sexual identity, and the debilitated creativity of the once genius artist Rhodes Ingram.  And avid readers of YA will be engrossed in the ever changing volatile relationship between these two. But anxiously waiting for their anonymous selves to connect the dots.

It’s a raw and emotional coming of age tale.  Where Illiana and Rhodes are painted in such vividly dramatic and infamous detail. Readers will be drawn to all of the emotional truths. Two of which, coming to terms with who Illiana and Rhodes should be. The other, the consequences, good or bad, in their choices to ultimately be themselves.

The writing, the plot, and the unexpected plot twists drew me in and never let go.  The darker shades Birch highlights in her story were compelling.  Rhodes’ depression and insecurities. Illiana’s inability to see everyone’s side until it’s almost too late. These attributes make those moments of clarity gratifying as they are special.

I absolutely loved the fan fiction aspect of the novel. Rhodes and Illiana’s co-authorship of their online graphic novel was a great subplot. I hope that thread of the story is something Birch writes in the future.  I would definitely read a queer sci-fi Alice in Wonderland graphic novel retelling.

Music From Another World, Robin Talley