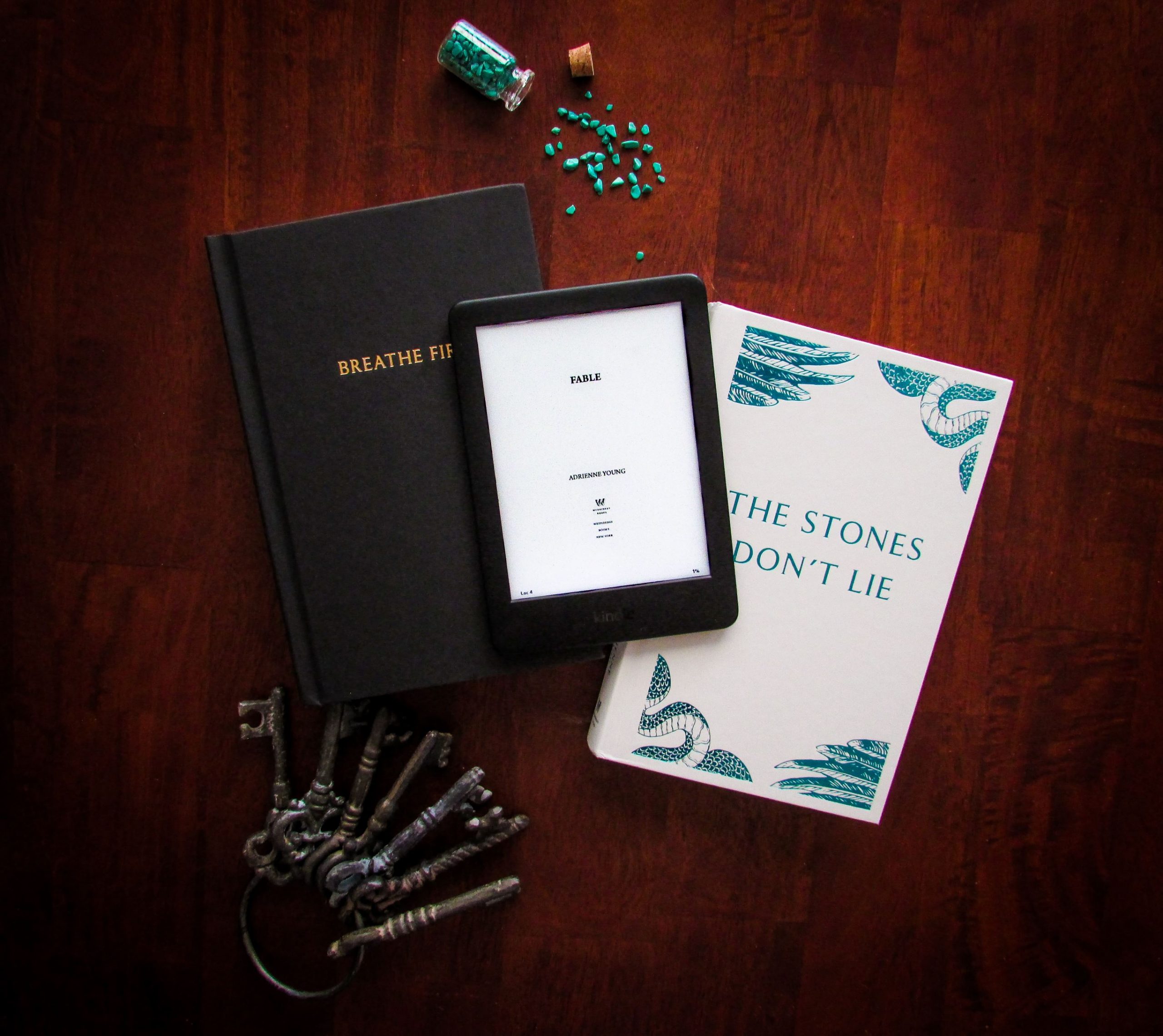 “A story of survival and finding your way home, Fable is a treasure map waiting to be explored.”

Fable becomes an orphan at 14.  After her mother’s death, her father, Saint, abandons her on an island. Not just any island, one that’s known for being a cesspit of thieves and villains.

Fighting to survive a brutal life alone, only her wits and skill to dredge kept her alive those four lonely years.  And at eighteen, Fable finally earns enough coin to seek passage off the cursed island, to find her father for a place at his side.

First we must address one of the triumphs of this book: The cover.

Remember that name.  She’s the brilliant cover designer of Fable and the second and final book Namesake.  When both books put together, side-by-side, you see the stunning full face of the main character, Fable.

You’ll notice how Resnick interwove some of the key aspects of the novel into the image of both books.  There are the color differences, the darker shades in Fable (I took this as her old self), whereas the other half in Namesake is more vibrant and bright, including this golden dusting which I think adds to some of the magical elements behind Fable’s mother.

Another nice detail are the eyes.  In the Fable edition you can see the shadow of a ship and in Namesake a gemstone.  Both editions, although a complete image of Fable, they are, in essence, two different characters.  Which to me makes perfect sense as the young woman Fable begins as in book one, will be someone entirely different in the final novel.

Cover designers have the daunting task of giving readers a visual depiction of what they are about to read.  A single image, a picture that entices and ensnares readers to ultimately read the book.  I think Resnick and her team accomplished this task and more.

Now to the Story

Adrienne Young’s nautical world building and lore is what drives this story.  Brimming with a cutthroat ruthlessness, a culture built on and cultivating violence, it is no wonder Fable is leery in making friends. Regardless of what she had to do to stay alive, Fable always lives by her father’s rules.  Drilled into her from a young age, trusting no one being the first.

And speaking of relationships, Fable and her father have a rather complicated one.  Out of all the characters I was most intrigued by the dynamic between these two from the start.  You have this nefarious father, abandoning his child, disfiguring her with no explanation (just asking for her to trust him), while never publicly admitting Fable as his child. It’s incredible that Fable stops at nothing to find her way back to her father after all the physical and emotion abuse she suffers because of him.

Even though Saint refuses to acknowledge Fable as his own, he keeps his one promise to her mother. Promising he would always keep her safe. Which is laughable in how he deserted her on an island at fourteen.  This interesting love/hate relationship plays out from beginning to end seamlessly. And it has me wondering, will it be possible for these two to ever come together with a meaningful relationship in the end.

Young beautifully weaves into her narrative the found family trope.  After her abandonment, Fable is left to fend for herself.  No one to trust.  No one to love.  Her loneliness so much part of her it feels like a second skin, impenetrable even by those who would mean her no harm. Yet, Fable’s journey towards home is not a lost one.  Though predictable, she finds her true family, those she would call her friends and her crew.

While the world building was a strong component of the novel, there were a few aspects of Fable that gave me pause.  The pacing throughout the novel was off.  I didn’t feel that even pulse of the story that seeps into your veins intoxicating and sweet, unable to resist the current that makes a story unputdownable.  The first four chapters alone were rather slow, with nothing much going on.  This sluggish pacing was distracting, even with those action packed scenes, sprinkled throughout like a thruway with no speed limit, it kept me from fully enjoying the story.

Another Thing To Add

Moreover, Young is no stranger to writing fierce and strong female protagonists.  Her debut novel alone has a bold warrior Eelyn who resonates perfectly of those female characters readers appreciate and adore.  Whereas,with Fable, although portrayed as hard and strong, there were a number of instances that contradicted that tough exterior of a young woman trying to survive.

With a romance that came out of nowhere (and felt rather forced), a climax that is short lived, Fable has its moments in short bursts, lacking the richness in scope seen in Young’s previous works.

Similar Books to Fable Recommended by Sheaf and Ink

Sky in the Deep, Adrienne Young

A Song of Wraiths and Ruin, Roseanne A. Brown

Sheaf & Ink has reviewed a number of Young Adult fantasy novels. Read The Sky Weaver, The Gilded Wolves and The Silvered Serpents reviews to find your next favorite book and join the conversation. We love hearing from you. 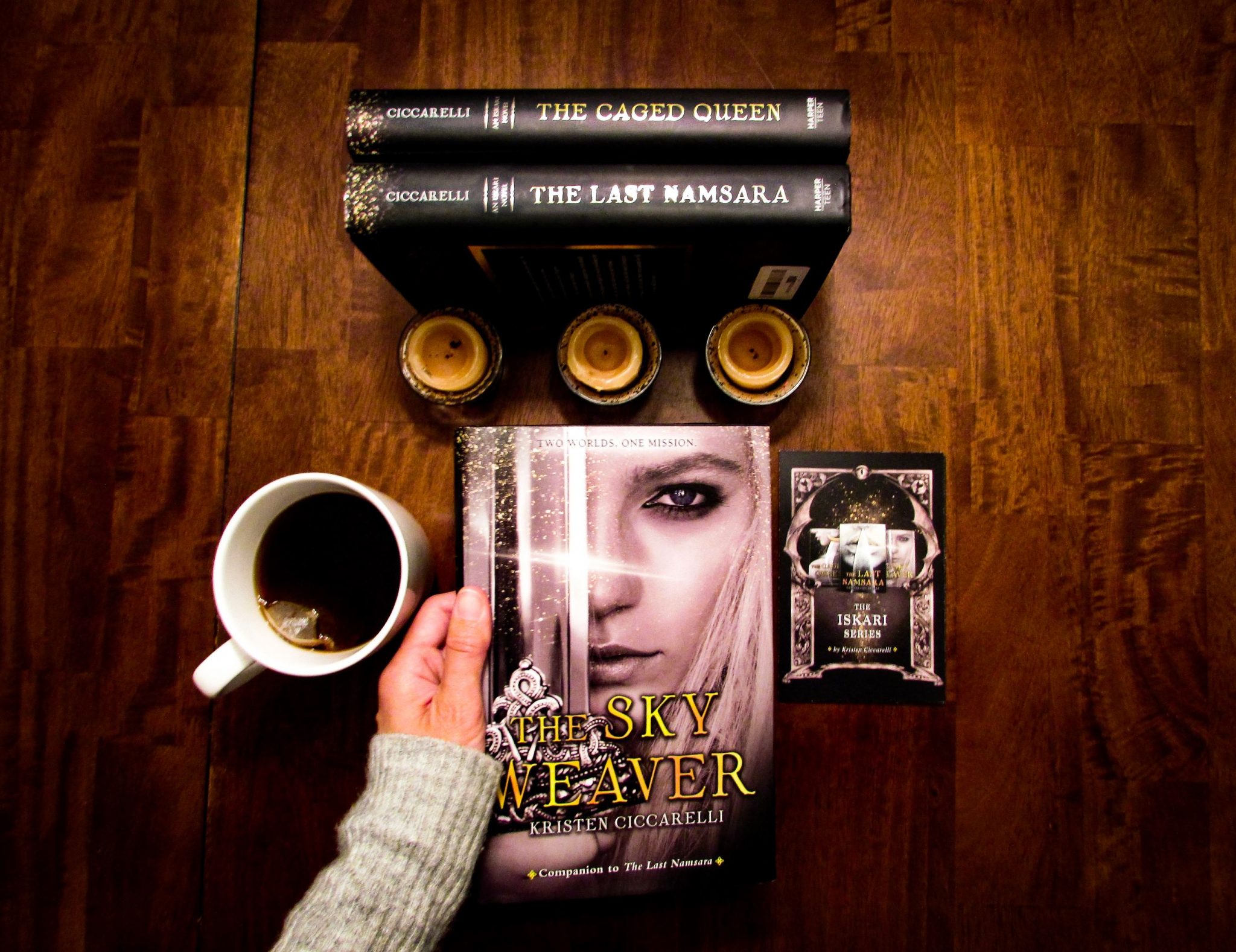 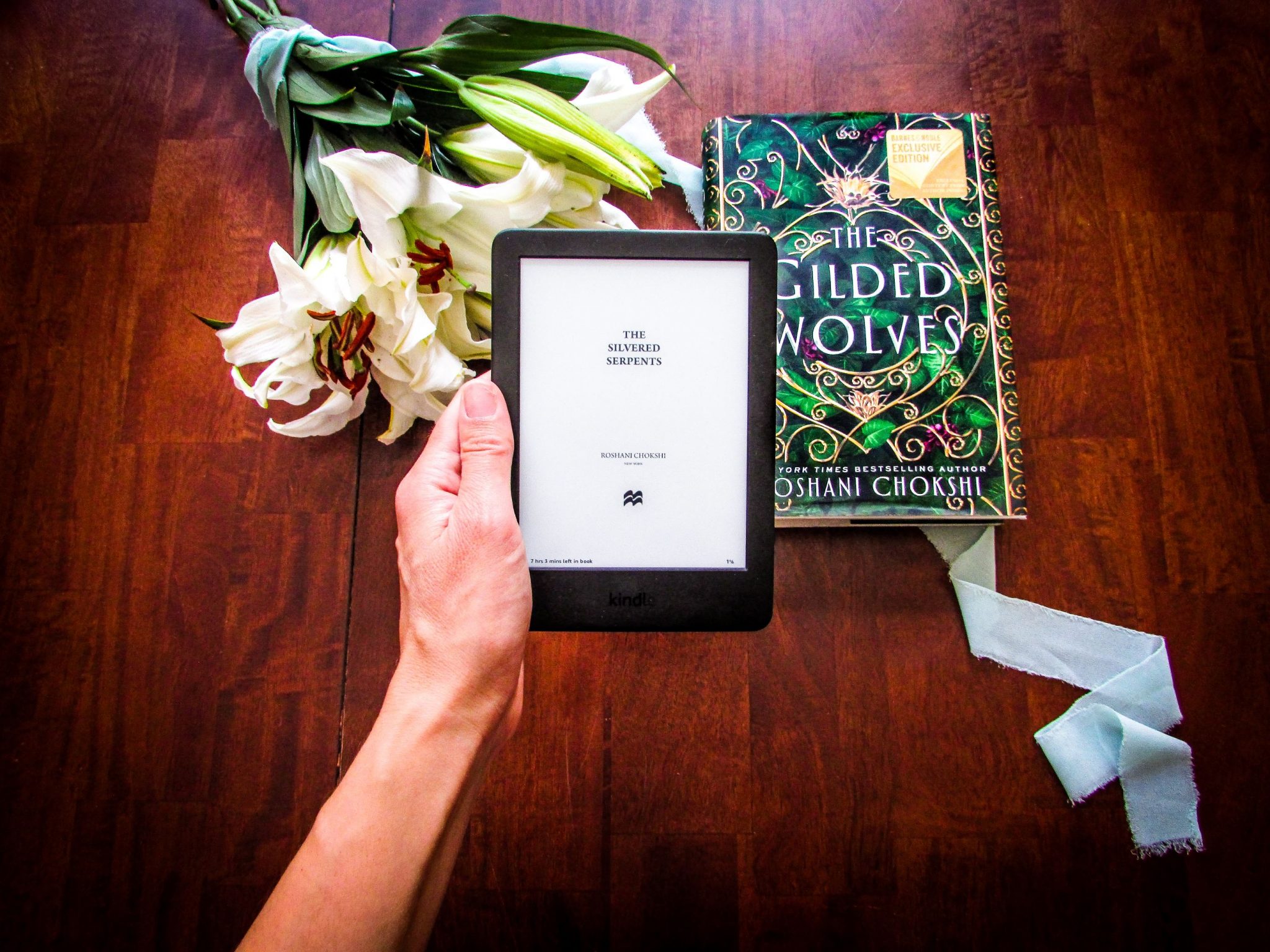