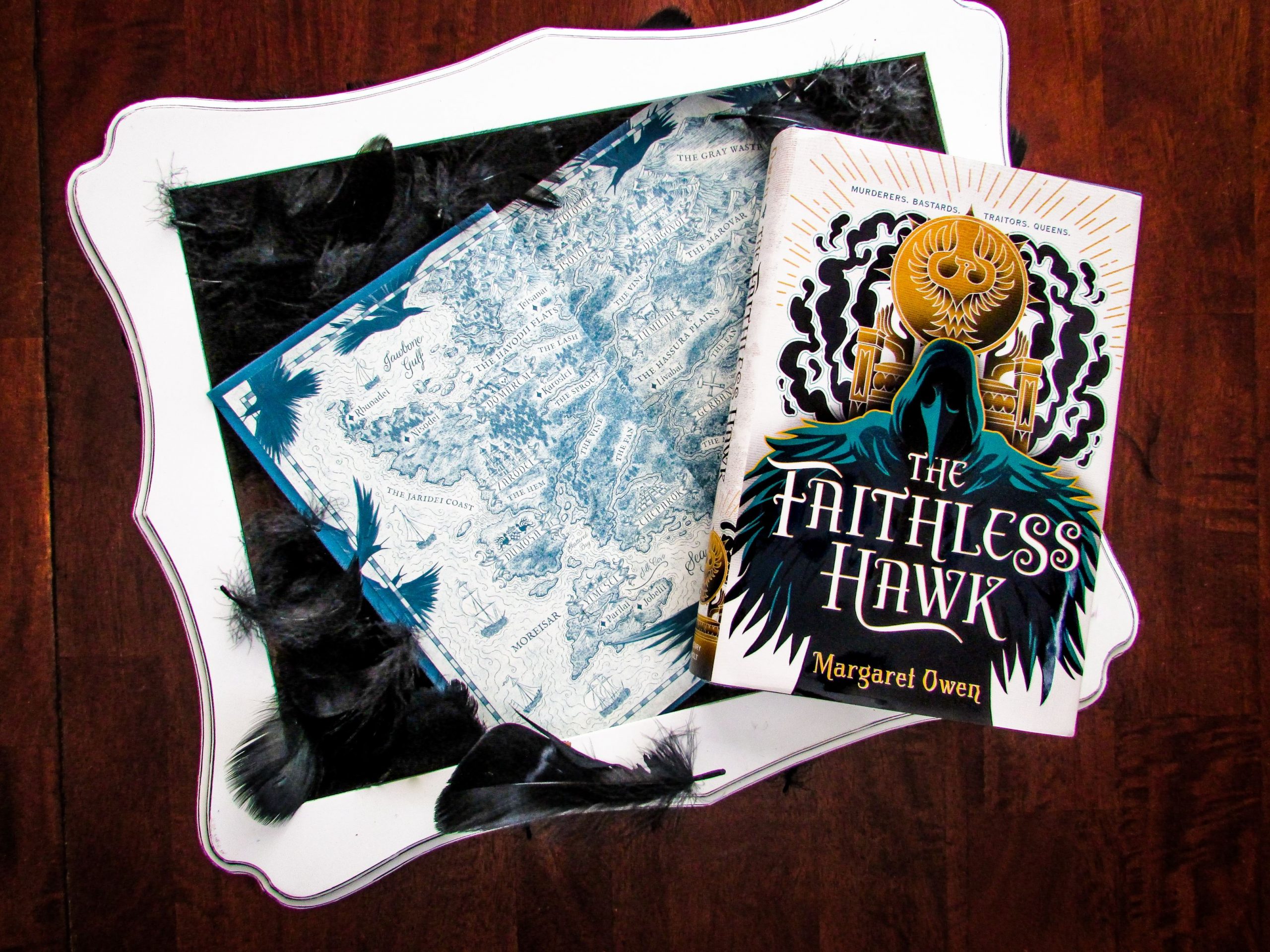 “The Faithless Hawk is a lush story filled with fury, romance, and hope.”

In this sweeping conclusion, Fie continues on as chief of her band of Crows.  Delivering mercy as the Sinner’s Plague ravages across Sabor.  When Queen Rhusana usurps the thrown her goal is all to clear. To unite the castes of Sabor against the Crows, eradicating their caste from existence.  In order to save her clan and the entire kingdom from ruin, Fie is forced to act.

My Review The Faithless Hawk

Having thoroughly enjoyed Margaret Owen’s The Merciful Crow, The Faithless Hawk carries on in the same vein of ferociousness and fascinating worldbuilding.

I absolutely loved how Owen began The Faithless Hawk. In similar fashion to The Merciful Crow, our new chieftain has difficulty cutting a sinner’s throat.  Owen’s nod to her first book is one of the many ways she brilliantly crafts her novel.

Where The Merciful Crow was a lightening quick, action packed, nail-biting, survival adventure, The Faithless Hawk is its mirrored opposite.  A bit of a slower pace, a festering Sinners Plague that is spreading like wildfire, the impending social upheaval ready to implode like overly ripe fruit, splashed with court intrigue, veiled prophecies, all painted in blood and gore.

She chooses her weapons carefully. With death her chieftain blade grim and quick.  And with discrimination Fie’s sharp wit and razor edged words slice through inequalities and prejudices with a surgeon like precision. Her unrelenting determination reinforced by her bone witch magic and her inherent need to burn the world down has trouble (with a capitol T) finding her wherever she goes.  How she maneuvers her way out of said trouble is what makes her and this story so unforgettable.

The strong worldbuilding is one of the major triumphs of Owen’s novel.  In a world where every caste has their own Birthright and gods reincarnating into witches in every caste Phoenix, for royals; Peacocks, Swans, and Doves for the aristocrats; Hawks, Cranes, Owls, and Vultures for the protectors or hunters; Gulls, Pigeons, and Sparrows for the commoners, except the Crows.  Or so it seems…

It’s clear throughout The Merciful Crow and The Faithless Hawk, Fie is remarkably resourceful. She’s quick to think and even quicker to act (especially when using her witchcraft). And as the chapters unfold in The Faithless Hawk readers begin to see that resourcefulness begin to crack and splinter like a small crack in strong ice. Fie’s internal struggle grows the more responsibility she takes on while constantly aware of her tribe’s safety.

Eventually the splinters lead to gaping fissures leaving her on unstable ground where she clashes with the boy she loves and questions her once strong autonomy.

Owen’s final installment is one with incredibly sharp teeth.  The stakes are higher.  Consequences of character’s choices, heart wrenching.  And all the possible outcomes, nerve-racking. Murders. Bastards. Traitors. Queens. All this and more make The Faithless Hawk a must read.

I’m looking forward to what Owen writes next.

Similar Books to The Faithless Hawk Recommended by Sheaf and Ink

Sheaf & Ink has reviewed a number of Young Adult novels in fantasy like The Faithless Hawk. Read The Merciful Crow and Vow of Thieves reviews to find your next favorite book and join the conversation. We love hearing from you. 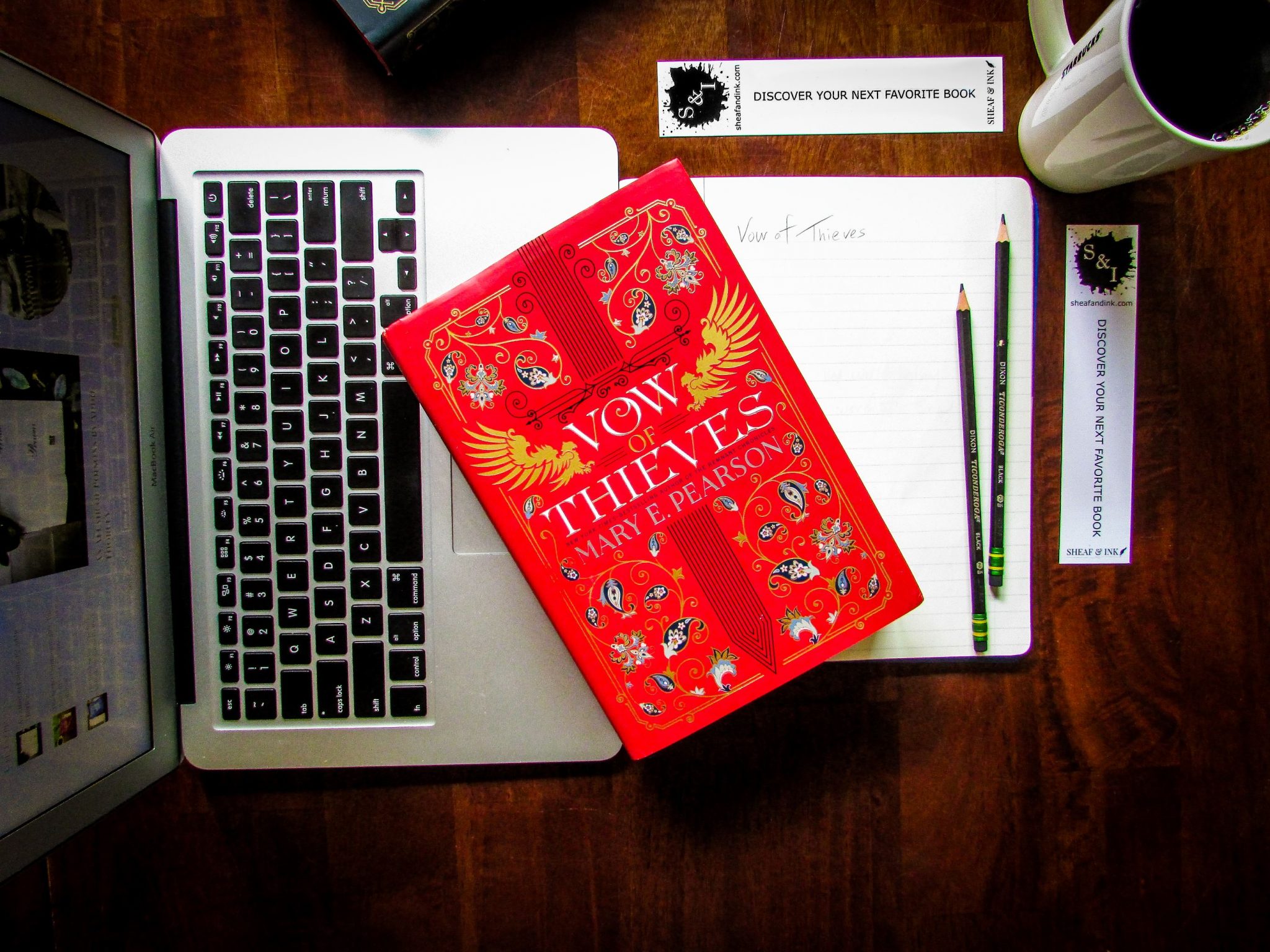