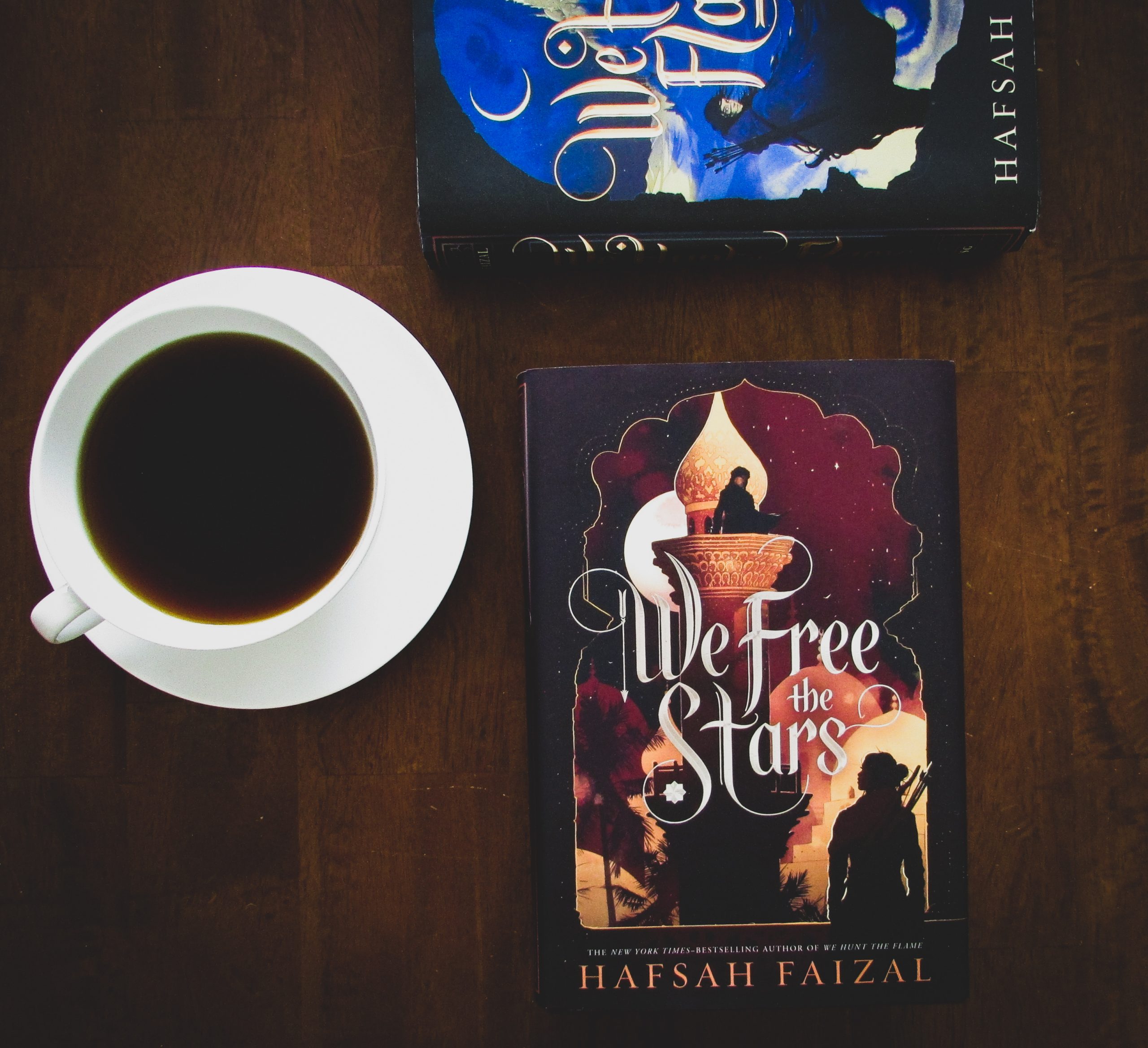 We Free The Stars is a book not to be missed. Faizal creates characters that are wholly envisioned and achingly real, balancing their fates on the edge of a razor sharp blade.

The battle on Sharr is over. The dark forest has fallen. Altair may be captive, but Zafira, Nasir, and Kifah are bound for Sultan’s Keep, determined to finish the plan he set in motion: restoring the hearts of the Sisters of Old to the minarets of each caliphate, and finally returning magic to all of Arawiya. But they are low on resources and allies alike, and the kingdom teems with fear of the Lion of the Night’s return.

As the zumra plots to overthrow the kingdom’s darkest threat, Nasir fights to command the magic in his blood. He must learn to hone his power into a weapon, to wield not only against the Lion but against his father, trapped under the Lion’s control. Zafira battles a very different darkness festering in her through her bond with the Jawarat—a darkness that hums with voices, pushing her to the brink of her sanity and to the edge of a chaos she dare not unleash. In spite of the darkness enclosing ever faster, Nasir and Zafira find themselves falling into a love they can’t stand to lose…but time is running out to achieve their ends, and if order is to be restored, drastic sacrifices will have to be made.

My Review: We Free The Stars

Readers will be blown away by Faizal’s craft. How she eloquently pens a lush and vivid world, a magic that is waiting to be set free, and character arcs brilliantly devised and executed, the adventure, plot twists and romance all make this conclusion one to be savored and enjoyed.

There was so much to this final book. I’m still reveling in that ending and how Faizal brought us to that point after everything we experienced in the first book. It is as though we were on a brilliantly crafted ship. Tailored with a magic inspired by ancient Arabia, taking us into the depths of a tumultuous storm, the waves like a hungry beast from myth. Battering our ship till near sinking.

We see the struggles of a once sure footed Zafira. Her endless torments’ of the shadows that lurks within. Those moments of anger that feel all-consuming. Though, her eyes always straying toward the Prince of Death, but determined and frustratingly bound to duty and honor.

The found family troupe Faizal painted from the beginning continues in this conclusion. However, their bond between each other is tested. Cracks of uncertainty witling away like rot in a tooth when things start going terribly wrong.

But always, always this glimmer of hope. Like the first glimpse of a horizon. Or the piercing caw of a bird. A shoreline that finally comes into view. The first breath after near drowning. Where even if a character makes a mistake, Faizal always counters it with a possibility of making things right.

The characters the setting everything about this story is pure magic.

Similar Books to We Free The Stars Recommended by Sheaf & Ink

The Rose & the Dagger, Renée Ahdieh

A ​Sky Beyond the Storm, Sabaa Tahir 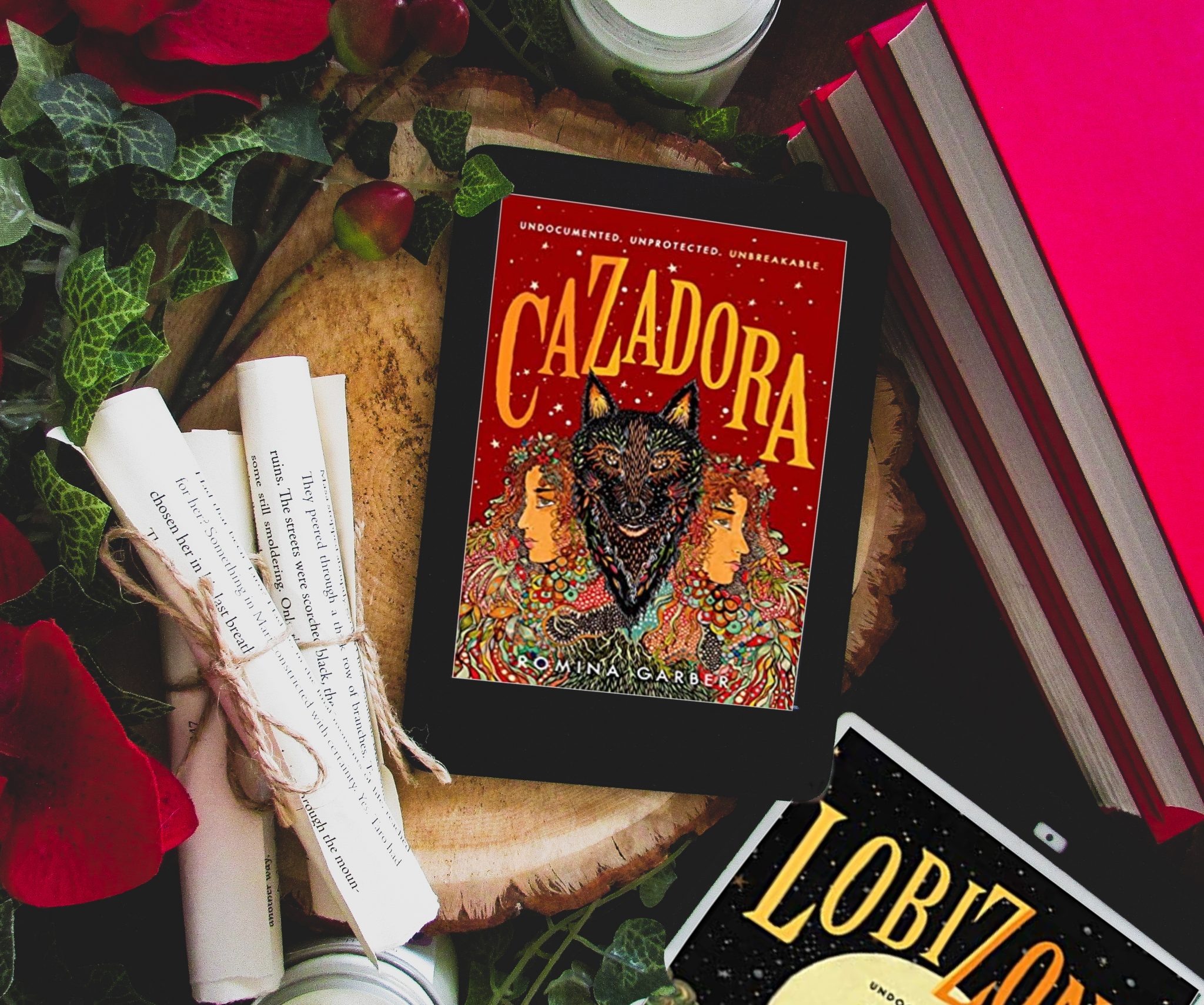