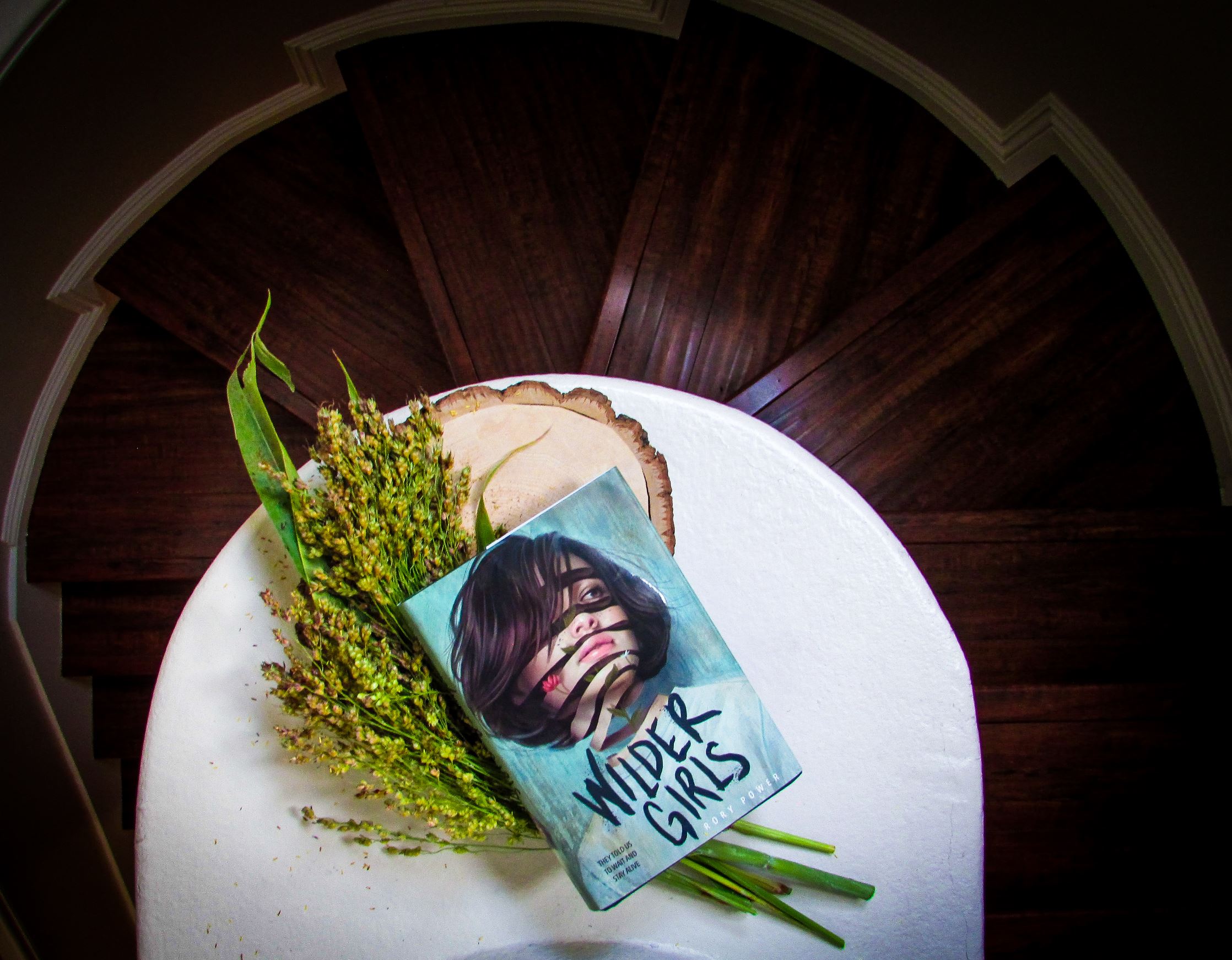 “Beyond Raxter, the ocean drops deep, swallowing sandbanks and pulling currents.  No ships, no land on the horizon, no reminder that the rest of the world is still out there, going on without us, everything still the way it always was.”

It all happens on a small island off the coast of Maine, Raxter Island.  The island is dense with wild life.  Thick trees, bulging as though they can’t keep up with their rapid growth, and tall like sky scrapers, blocking out the light. The forest is crawling with dangerous predators, animals with razor sharp teeth the length of a carving knife.

Apart from the forest and the animals being wild and beastly, the inhabitants of the island are too. Because these girls—yes girls—the ones who are still alive, are all waiting.  There’s a disease, you see, and they can’t outrun it or hide; The Raxter School for Girls is isolated, the students trapped, unable to leave because of the strict quarantine in place.

All those girls, including the few staff still living, are all going to die.

It’s just a matter of when.

Wilder Girls, is being hailed as the modern day Lord of the Flies with an all-female cast, where young teenage girls are cut off from the world due to an exposure of an unknown disease called the Tox. Over eighteen months their infected bodies change, mutating in such a way that’s frightening.  The main character Hetty’s eye seals shut, her best friend Byatt grows a second spine that protrudes outside her back, and Reese’s left hand mutates into sharp scales and her hair gives off an eerie glow.

Eventually, all the Raxter Girls succumb to their more base instincts having been isolated on an island for so long.  Those who are strong enough, who are willing to do anything in order to survive, will cope.  Darwin’s evolutionary theory of survival of the fittest, brutally played out the length of 353 pages, is gruesome.  Where nightmares are painted into the everyday, girls fighting each other for rations of food, barely enough to keep them fed.  Their bodies no longer their own, hosts for a growing parasite, and the clock ticking until the next flare-up; not knowing if they’ll live through it or what horrible malady or mutation their body will take form of next.

“The way it happened is that the woods got it first.  That’s what I think, anyway.  Even before the wilderness reached inside us, it was seeping into the earth.”

Hetty and Byatt are the survivors.  They had to be.  They weren’t given the choice.  The girls were told to wait and stay alive.  Wait it out for a cure.  A cure that the military and Center for Disease Control promised.

But what if those promises aren’t kept?  And the ones you trusted most, the adults in the room who were supposed to protect you, lied.

As the days tick by, Hetty begins to wonder. She begins to question what’s really going on and if she and her friends will ever get off the island.  And then something terrible happens.  Hetty’s best friend, Byatt, has a flare-up that has her sent to the infirmary.  Most girls who go to the infirmary never come back.  When Hetty isn’t allowed to see Byatt and days go by without knowing if she’s okay, Hetty begins to take things into her own hands.  Because when it comes to Byatt, Hetty will do anything to get her best friend back, even if that means breaking quarantine.

Then there’s the Tox.  This disease that’s killing people like the plague, while mutating others into monstrous grotesques is terrifying.  The Tox is unknown.  We don’t know what it actually is and how it got on the island through most of the book.  We only get glimpses of what it could be and only in a few sentences from Hetty’s point of view.  It’s not concrete evidence, nothing scientific.  It’s all bits and pieces of what Hetty has encountered.  Concealing the disease, keeping its origins mysterious, adds to the already eeriness and suspense of the novel.  It plays into that perfectly.  We don’t know what the Tox is; we just see the horrifying effects.

While you’re reading you are constantly on edge, not knowing what’s going to happen or who is going to live beyond the next page.  Everything about Raxter Island and the school is unsettling.  Your anxiety level rises the more Hetty questions what’s going on.  And when she’s given a rare opportunity, she realizes all too quickly that not everything is as it seems.

My concern is with Hetty’s lack of emotional regard towards the well-being of her classmates at the end of the novel.  And perhaps that was Powers intention.  To have a character who is devoid of emotion and lacks empathy, except, perhaps, towards her inner circle: Byatt and Reese, because of her disconnect with the outside world.

Even if Powers used the every person for yourself attitude, it shouldn’t negate such a disparity of a non-gregarious mindset. It does not endear me, as the reader, to the main character.  When Hetty shows no remorse for the choices she makes, no inner reflection on the wrongness of what eventually happens is in short disappointing and unsatisfying.

Powers masterfully crafts a foreboding tale about what it takes to survive.  Although there isn’t a diverse cast of characters—most seem to be portrayed as white—many of the dominant characters, including Hetty, are queer. Overall I thought Powers wrote a griping and a harrowing novel that gave an unflinching view of the resilience, inner-strength and determination of young girls in a world that has gone completely and utterly mad.

“We don’t get to choose what hurts us.”

Lord of the Flies, William Golding

The People We Choose by Katelyn Detweiler