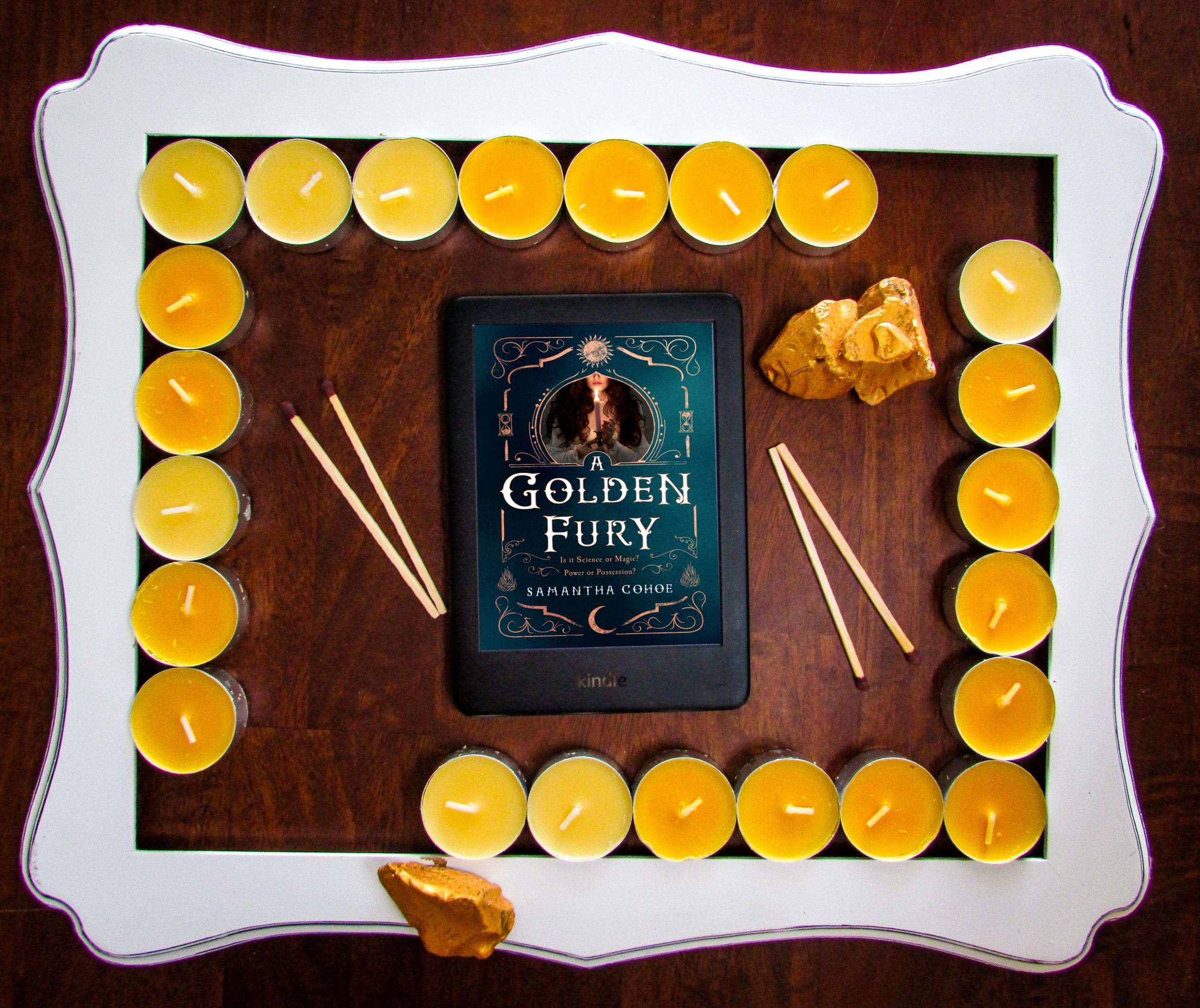 “Samantha Cohoe’s A Golden Fury is fascinating… With an enduringly empathetic heroine, and hints of darkness and foreboding lurking within the pages, A Golden Fury is ready to grab hold and pull readers under its alchemic spell.”

Theosebeia Hope, a sixteen-year-old British girl is an expert alchemist who tries to attain the impossible: create the coveted Philosopher’s Stone, a legendary substance that cures all illnesses.  Thea’s only hurtle to obtaining what she wants is her mother: a great alchemist whose hunger for power drives her to madness.

With the French Revolution in full swing, Thea must escape to England, seek out her father (who knows nothing about her), and find a way to save her mother and herself.

My Review: A Golden Fury

A Golden Fury is Cohoe’s historical fantasy debut: a tableau of magic, madness, and revenge.  We see Thea wield the elements of alchemy to create the legendary Philosopher’s Stone with a relentless determination.  Like a soldier in the heat of battle, flourishing their sword without a hint of fear, Thea too uses her knowledge as a scholar of alchemy in the same unyielding way.  Driven by passion and the need to cure those who suffer, Thea’s compassion and confidence makes her indelible to the reader.

Early on, the story takes a dramatic turn. As open hostilities toward British born surmounts, Thea reluctantly escapes to London, leaving her mother behind in France in the safe keeping of her current patron.  Who, honestly, seems like a nice guy and has everyone’s best intentions at heart. Which is refreshing since he’s an aristocrat.

Thea’s mother is known for vaulting from one patron to the next, leaving behind broken hearts and burned bridges in her wake to power.  Her ambition knows no bounds. But with her mother incapacitated and declining health (due to a deadly curse) and the French Revolution inching closer to the Comte’s chateau, the only choice is to flee. Once in Britain, Thea is left to the mercy of a father who wasn’t aware she exists. A terrifying thought for a young woman in eighteenth-century Britain.

Moving from madness, to murder, to more madness, too revenge, like a skipping stone hurdled across a stream, A Golden Fury moves quickly. With a firm grip, we race across London from one catastrophe to the next. Hoping the alchemy won’t consume everyone in its path when it finally materializes.

Cohoe weaves a disturbing unease and paranormal aspect to her story I did not expect.  The way she describes the Alchemists Curse and its affects it ensues is what stuck with me.  It was haunting and one the characters themselves won’t be able to forget.

Further, Cohoe avoids certain tropes, particularly the romantic ones, keeping the reader in a state of speculation.  Wondering if any of the young men in the story would win Thea over. I know I wanted more.

My hope is in the next two novels Cohoe delves deeper into the magic of alchemy. I felt like we had a small taste of the feast that’s yet to come. And again, I want more. Where Thea hones her craft and becomes an even fiercer alchemist to behold.

I am here for the romance! If Cohoe explores a more heady relationship between Thea and the two possible love interests I am all for it. Or perhaps the deeper friendship of one and romantic love interest in the other. Either way, I’m anxious to see what will unfold.

And with the backdrop of the Enlightenment and French Revolution I’m interested in seeing if Cohoe draws more from the historical time period to emphasize the voice and overarching plot of her story.

I’m looking forward to reading the next book.

Similar Books to A Golden Fury Recommended by Sheaf and Ink

An Affair of Poisons, Addie Thorley

All that Glitters, Gita Trelease

Sheaf & Ink has reviewed a number of Young Adult historical fantasy fiction novels. Read The Gilded Wolves and An Affair of Poisons reviews to find your next favorite book and join the conversation. We love hearing from you.

The Gilded Wolves, by Roshani Chokshi 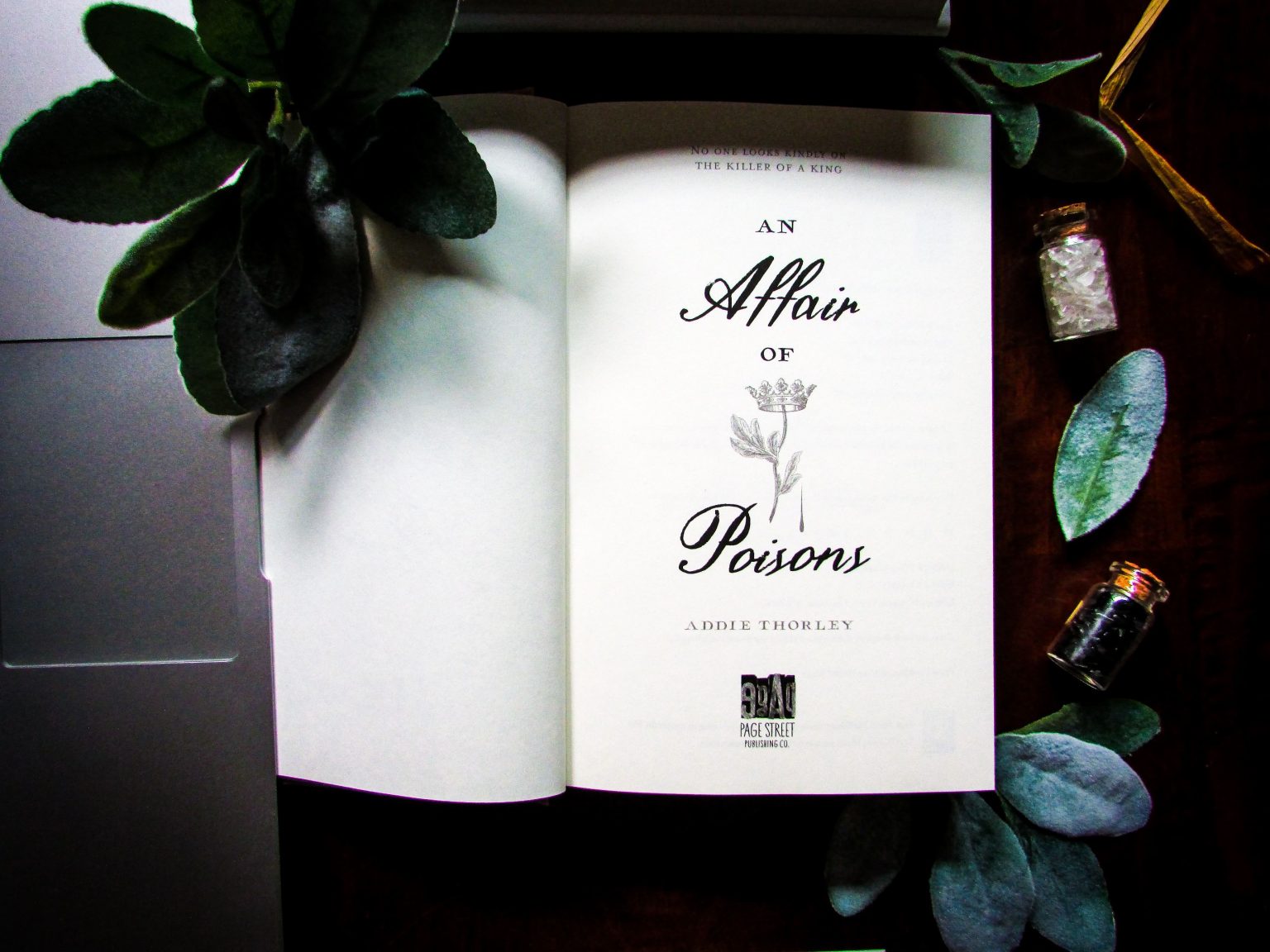 An Affair of Poisons, by Addie Thorley

Blog Tour //Business Not As Usual by Sharon C. Cooper//