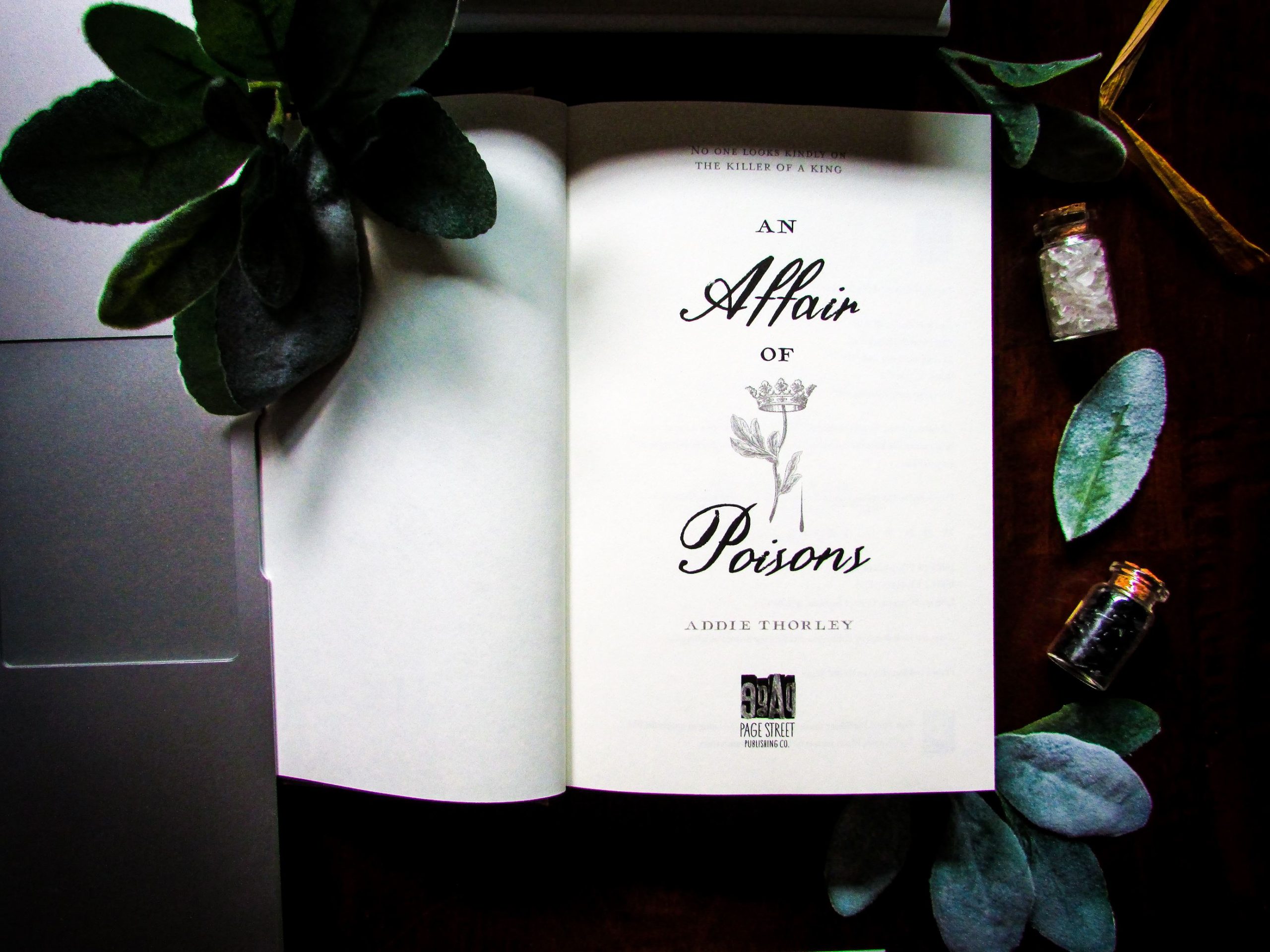 Laden with dangerous ingredients: treachery, murder, and an unlikely alliance; when mixed together, the prose that is An Affair of Poisons is intoxicating.

First there’s Mirabelle Monvoisin’s (Mira for short). She’s a promising alchemist, who brews the perfect poison [gasp].  It holds all the right ingredients, arsenic, hemlock, oleander (you know, the stuff that kills, well, like, anything living) to make the victim suffer. In short, it’s her deadliest brew yet.  But when her poison ends up in the wrong hands, Mira grapples with her surmounting guilt. After her mother’s betrayal, Mira no longer knows who she can trust.

Then, there’s Josse de Bourbon [sigh]. He’s a royal bastard who happens to be the laughing stock of the French court [no fault of his own, of course, wink].  Since he’s unable to curb his rakish behavior, Josse is banished to the kitchens. Deemed more suited as a servant than a royal prince, his enmity towards his father and brother only grows.  Yet, when his father is assassinated, Josse takes on a new role to help save his beloved sisters and his intolerable half-brother, the dauphin.

So what happens to these two?

Well, due to unexpected circumstances, Mira and Josse are brought together.  Begrudgingly, they form an alliance to help unite the commoners and nobility to take on the Shadow Society: the group that killed the king, which Mira’s mom is the leader [double gasp], and restore the dauphin back onto the throne.

I thoroughly enjoyed Addie Thorley novel. Fast-paced and penned with an expert hand, it was a perfect brew of dark fantasy and historical fiction. Set in an alternative world of 17th Century France filled with magic, alchemy, and irresistible romance.  Addictive, with a fierce female cast (villains included), real characters with genuine concerns and mixed-up feeling, and a heroine that is easily identifiable with her mistrust and her self-loathing for her past deeds.  An Affair of Poisons was such a fun read!

Fans of Sarah J. Maas and Shelby Mahurin will be enthralled by Thorley’s debut.  With only a few minor concerns: specifically the enemy to lovers’ trope towards the end of the novel was a touch too dramatic, this did not, in any way, deter me from the book.

An Affair of Poisons was a sumptuous read. Not only did it maintain its originality, it was also a well written story.

This Rebel Heart by Katherine Locke