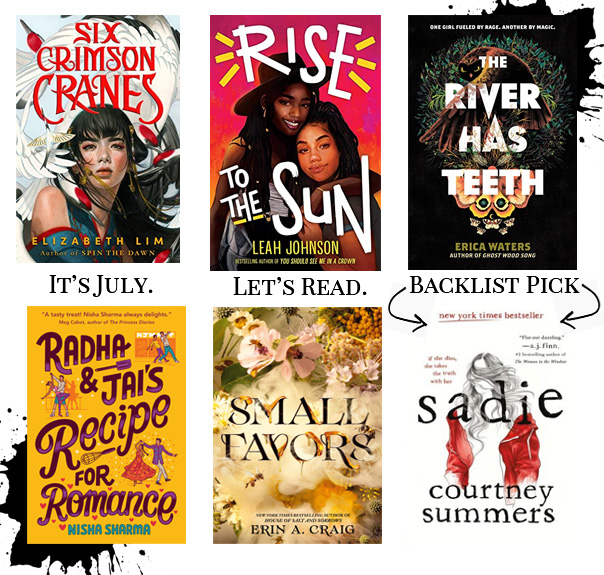 Today is the day to talk July 2021 YA Releases. And more specifically my Top 5 Reads (plus two more). In this post I’ll be sharing my Top 5 books of July.

A Closer Look at July 2021 YA Releases

And I’m here to help my fellow readers not to be bored. Although, I don’t know how we can be bored when we have SO MANY great books to read. But I’m here to help you find books that will get you out of a slump OR get you excited to read.

Let’s dive into the new July 2021 YA Releases that you should definitely add to your TBR’s. 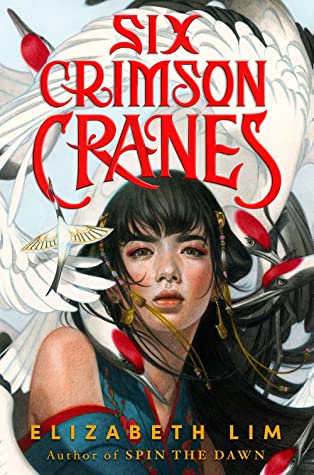 Shiori, the only princess of Kiata, has a secret. Forbidden magic runs through her veins. Normally she conceals it well, but on the morning of her betrothal ceremony, Shiori loses control. At first, her mistake seems like a stroke of luck, forestalling the wedding she never wanted, but it also catches the attention of Raikama, her stepmother.

Raikama has dark magic of her own, and she banishes the young princess, turning her brothers into cranes, and warning Shiori that she must speak of it to no one: for with every word that escapes her lips, one of her brothers will die.

Penniless, voiceless, and alone, Shiori searches for her brother. On her journey, she uncovers a conspiracy to overtake the throne. A conspiracy more twisted and deceitful, more cunning and complex, than even Raikama’s betrayal. Only Shiori can set the kingdom to rights. But to do so she must place her trust in the very boy she fought so hard not to marry. And she must embrace the magic she’s been taught all her life to contain—no matter what it costs her.

Rise to the Sun by Leah Johnson 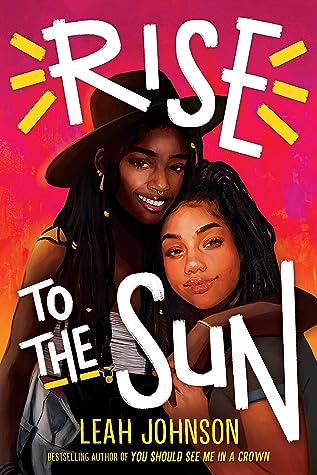 Olivia is an expert at falling in love . . . and at being dumped. But after the fallout from her last breakup has left her an outcast at school and at home, she’s determined to turn over a new leaf. A crush-free weekend at Farmland Music and Arts Festival with her best friend is just what she needs to get her mind off the senior year that awaits her.

Toni is one week away from starting college, and it’s the last place she wants to be. Unsure about who she wants to become and still reeling in the wake of the loss of her musician-turned-roadie father, she’s heading back to the music festival that changed his life in hopes that following in his footsteps will help her find her own way forward.

When the two arrive at Farmland, the last thing they expect is to realize that they’ll need to join forces in order to get what they’re searching for out of the weekend. As they work together, the festival becomes so much more complicated than they bargained for, and Olivia and Toni will find that they need each other, and music, more than they ever could have imagined. 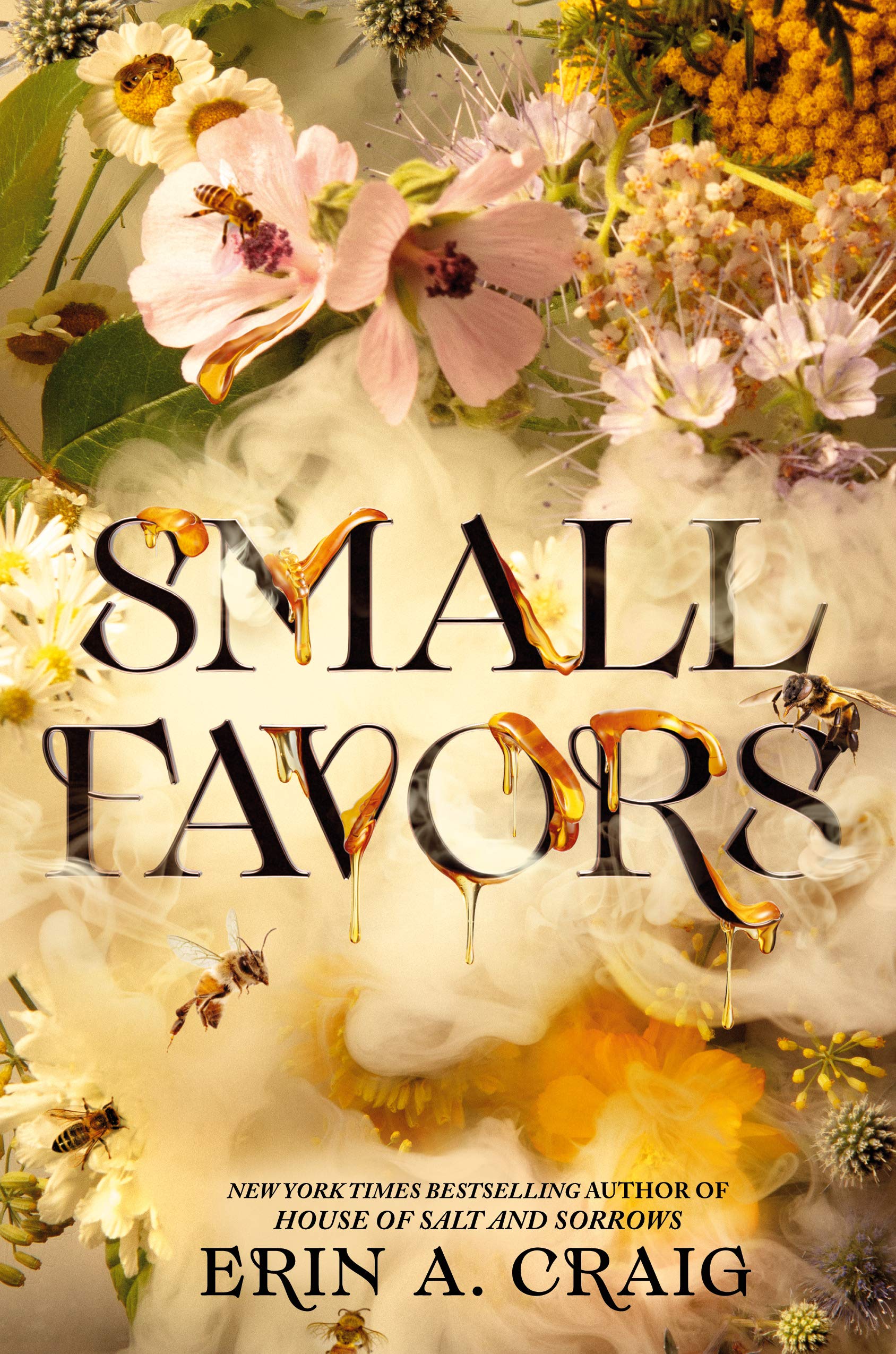 Ellerie Downing lives in the quiet town of Amity Falls in the Blackspire Mountain range–five narrow peaks stretching into the sky like a grasping hand, bordered by a nearly impenetrable forest from which the early townsfolk fought off the devils in the woods. To this day, visitors are few and rare. But when a supply party goes missing, some worry that the monsters that once stalked the region have returned.

As fall turns to winter, more strange activities plague the town. They point to a tribe of devilish and mystical creatures who promise to fulfill the residents’ deepest desires, however grand and impossible, for just a small favor. But their true intentions are much more sinister, and Ellerie finds herself in a race against time before all of Amity Falls, her family, and the boy she loves go up in flames.

The River Has Teeth by Erica Waters 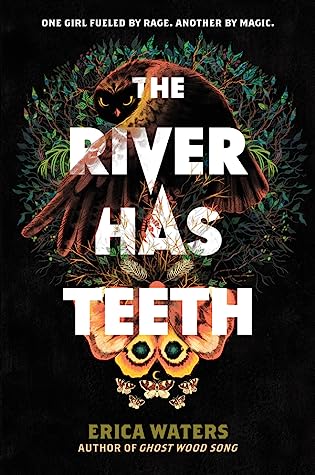 Natasha’s sister is missing. Her car was found abandoned on the edge of a local nature preserve known as the Bend, but as the case goes cold, Natasha’s loss turns to burning anger. She’ll do anything to find answers.

Della’s family has channeled magic from the Bend for generations, providing spells for the desperate. But when Natasha appears on her doorstep, Della knows it will take more than simple potions to help her. Della has her own secrets to hide. Because Della thinks she knows the beast who’s responsible for the disappearance — her own mother, who was turned into a terrible monster by magic gone wrong. Natasha is angry. Della has little to lose. 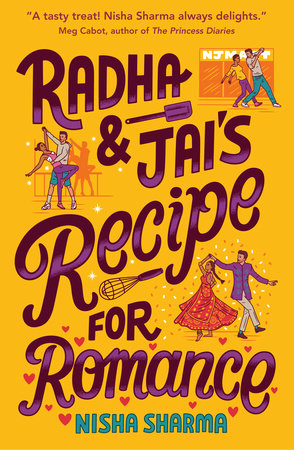 Radha is on the verge of becoming one of the greatest Kathak dancers in the world . . . until a family betrayal costs her the biggest competition of her life. Now, she has left her Chicago home behind to follow her stage mom to New Jersey. At the Princeton Academy of the Arts. Radha is determined to leave performing in her past, and reinvent herself from scratch.

Jai is captain of the Bollywood Beats dance team. He’s ranked first in his class, and an overachiever with no college plans. Tight family funds means medical school is a pipe dream, which is why he wants to make the most out of high school.

Summer in the City of Roses by Michelle Ruiz Keil 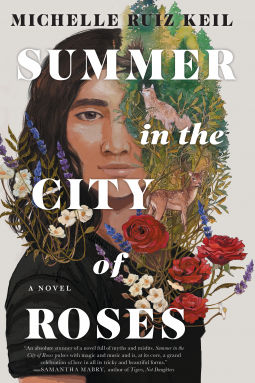 All her life, seventeen-year-old Iph has protected her sensitive younger brother, Orr. But this summer their father decides it’s time for fifteen-year-old Orr to toughen up at a wilderness boot camp. When their father breaks the news, Iph storms off and is lost in the maze of Old Town. Enter George, a queer Robin Hood. He swoops in on a bicycle, bow and arrow at the ready. George offers Iph a place to hide out while she tracks down Orr.

Orr, in the meantime, has escaped the camp. He’s fallen in with The Furies. An all-girl punk band, and moves into the coat closet of their ramshackle pink house. In their first summer apart, Iph and Orr must learn to navigate their respective new spaces. And eventually find each other before a fantastical transformation fractures their family forever.

Told through a lens of magical realism and steeped in myth, Summer in the City of Roses is a dazzling tale about the pain and beauty of growing up.

You & Me at the End of the World by Brianna Bourne 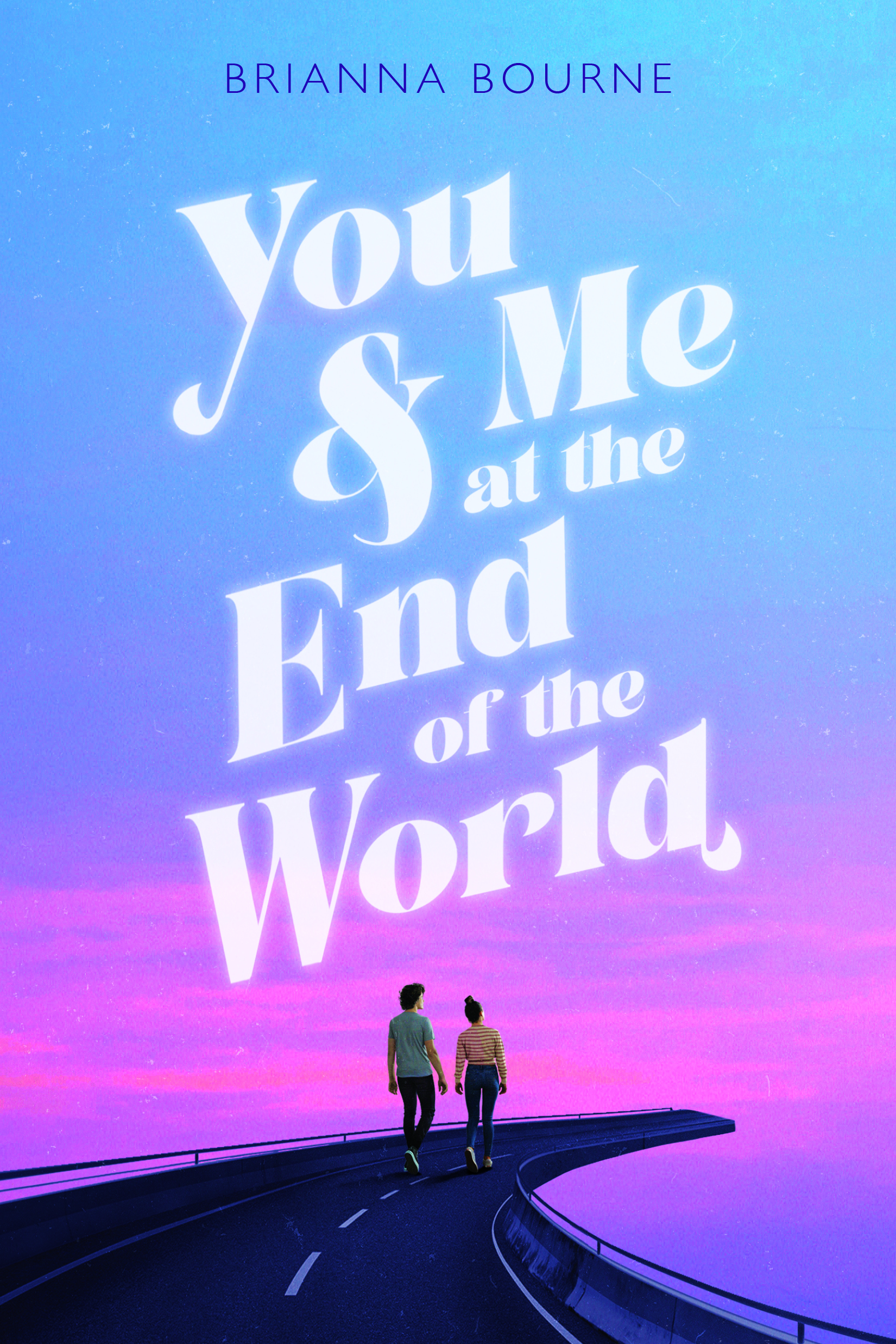 Hannah Ashton wakes up to silence. The entire city around her is empty, except for one other person: Leo Sterling. Leo might be hottest boy ever (and not just because he’s the only one left), but he’s also too charming, too selfish, and too devastating for his own good, let alone Hannah’s.

Stuck with only each other, they explore a world with no parents, no friends, and no school and realize that they can be themselves instead of playing the parts everyone expects of them. Hannah doesn’t have to be just an overachieving, music-box-perfect ballerina, and Leo can be more than a slacker, 80s-glam-metal-obsessed guitarist. Leo is a burst of honesty and fun that draws Hannah out, and Hannah’s got Leo thinking about someone other than himself for the first time.

Together, they search for answers amid crushing isolation, but while their empty world may appear harmless . . . it’s not. Because nothing is quite as it seems, and if Hannah and Leo don’t figure out what’s going on, they might just be torn apart forever.

A missing girl on a journey of revenge. A Serial―like podcast following the clues she’s left behind. And an ending you won’t be able to stop talking about.

Sadie hasn’t had an easy life. Growing up on her own, she’s been raising her sister Mattie in an isolated small town, trying her best to provide a normal life and keep their heads above water.

But when Mattie is found dead, Sadie’s entire world crumbles. After a somewhat botched police investigation, Sadie is determined to bring her sister’s killer to justice and hits the road following a few meager clues to find him.

Search no further for a Backlist Recommendation for the month of July. As I post books I’m eyeing to read and purchase this month, I still have a goal of reading books from my backlist.

Yes, I know I’m a mood reader… but if I want to check off those titles that have been on my shelves for well…

You know what I mean, then I’ll be joining you this month on my backlist recommendation of Courtney Summers Sadie.

Share any July 2021 YA releases you’re looking forward to in the comments.

You can purchase any of these July 2021 YA releases on my Bookshop site. Click the link in the caption above to pre-order your copy ⬆️