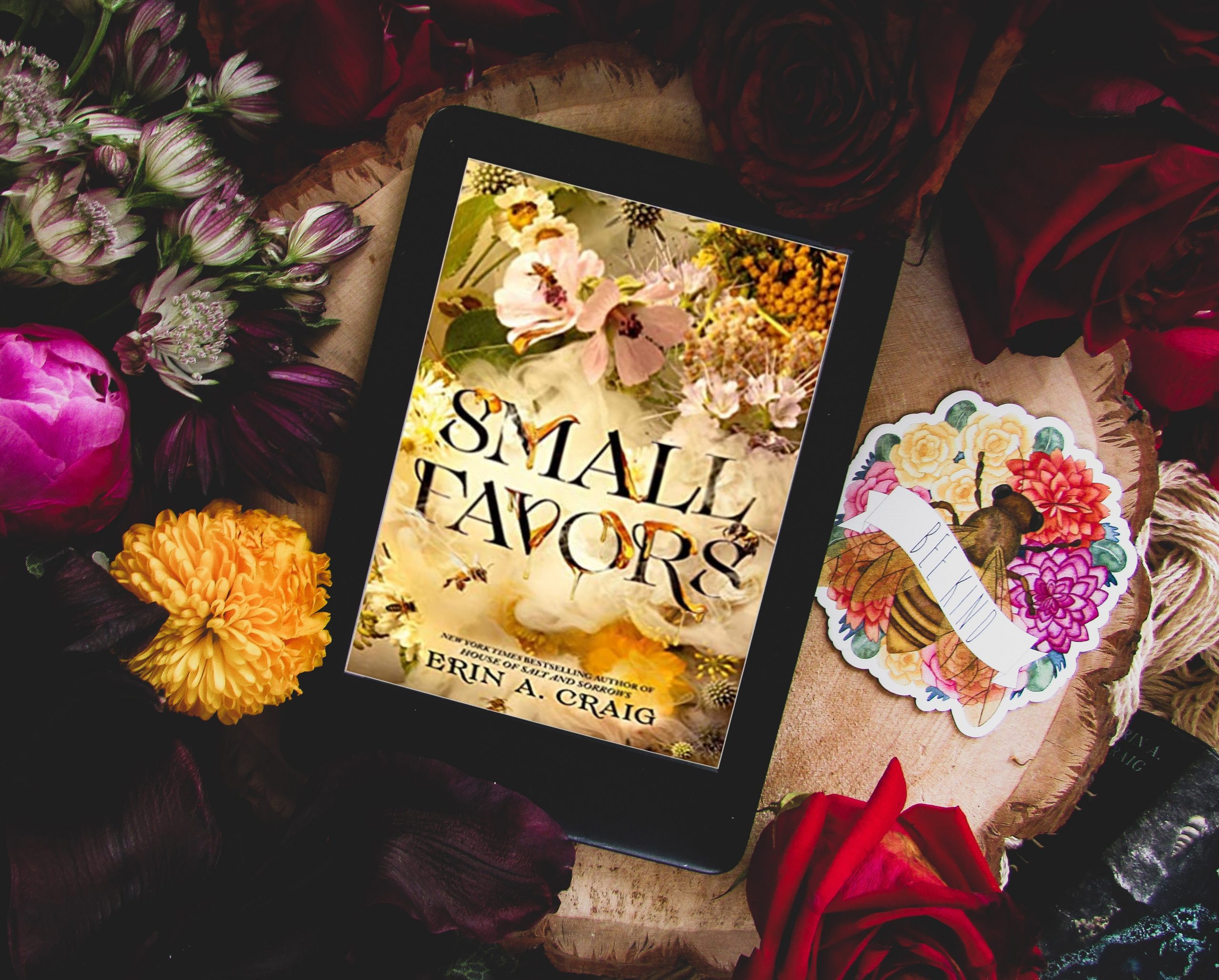 “Small Favors is haunting, like a lullaby sung to ward off nightmares, it stays with you. Craig crafts a rich landscape, spinning an eeriness like music into the fabric of her story, filled with the most terrifying monsters.”

Ellerie Downing lives in the quiet town of Amity Falls in the Blackspire Mountain range–five narrow peaks stretching into the sky like a grasping hand, bordered by a nearly impenetrable forest from which the early townsfolk fought off the devils in the woods. To this day, visitors are few and rare. But when a supply party goes missing, some worry that the monsters that once stalked the region have returned.

As fall turns to winter, more strange activities plague the town. They point to a tribe of devilish and mystical creatures who promise to fulfill the residents’ deepest desires, however grand and impossible, for just a small favor. But their true intentions are much more sinister, and Ellerie finds herself in a race against time before all of Amity Falls, her family, and the boy she loves go up in flames.

Small Favors is a perfect read for those who love a good story of the uncanny sprinkled in with some gruesome horror similar to Stephen King’s The Shinning.

I was instantly drawn into Craigs beautifully, yet eerie prairie frontier story. Where a rural village is cut off from the rest of the world and their only path to civilization is plagued by something unknown. Something lurks within the forest. Something otherworldly, ghastly, and grotesque.

It is the haunted eeriness that propels the story forward. Wrapped with a red bow of delicious romance that will have you ache for more. And Craig does not shy away from primal feelings. It’s as if the forest itself amplifies the more feral or primitive feelings and instincts.

Like Stephen King’s The Shinning, when you’re cut off from the rest of the world, starving while the weeds of mistrust and survival of the fittest kicks in, there’s only so much time before things begin to unravel.

And friends does Craig make this happen in ways that will have you feel the unsettling layer of dread seeping into the village like rot and decay.

I only had one minor critique which was towards the end. When Ellerie confronts someone in the end, she is tasked with guessing something. It’s the way Craig ends that particular chapter that made things confusing. I understand why she ended the chapter that way, leaving readers in limbo. No knowing if anything was resolved, but I think it would have been less confusing if she had ended it differently (for me anyway).

Rather than ending it with Ellerie saying “Wait!” and then moving on to the next chapter without any reference of a possible conversation, I think had Craig had the person respond with a question of what Ellerie wants, ending it with that would have been more effective and less confusing. In the back of my mind I was like, what happened?

Small Favors is brimming with sinister bargains, wild creatures, luscious romance, and horrifying outcomes. It’s a book that will sweep you away into a Grimm-like fairytale, it’s rapid current pulling you under and holding you tight with sharp claws, ready to draw blood.

Delivering in equal parts dark and sinister as it is delicious and sweet, make sure to grab your copy.

House of Salt and Sorrows, Erin A. Craig

The Falconer, Elizabeth May 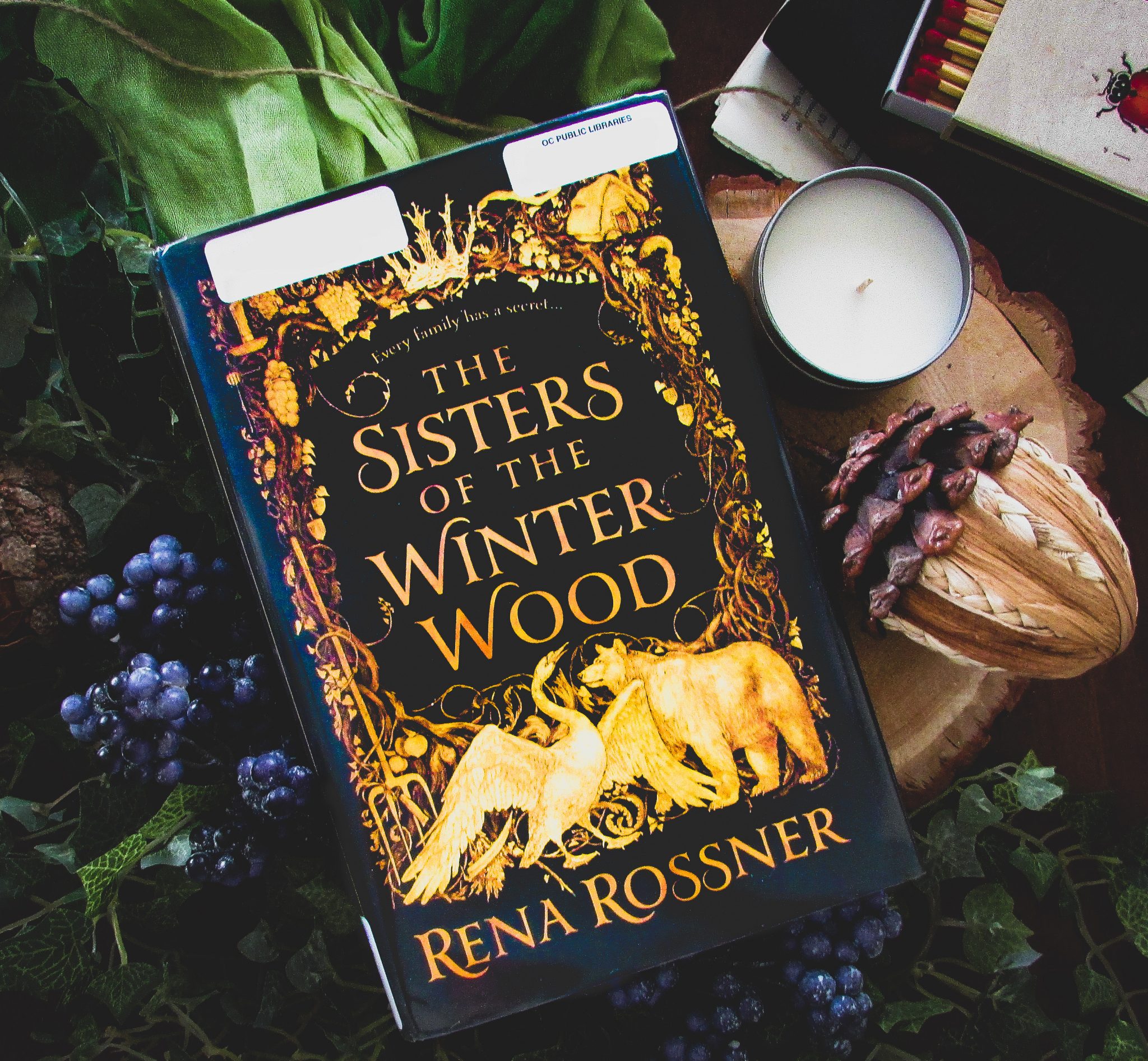 The Sisters of the Winter Wood by Rena Rossner