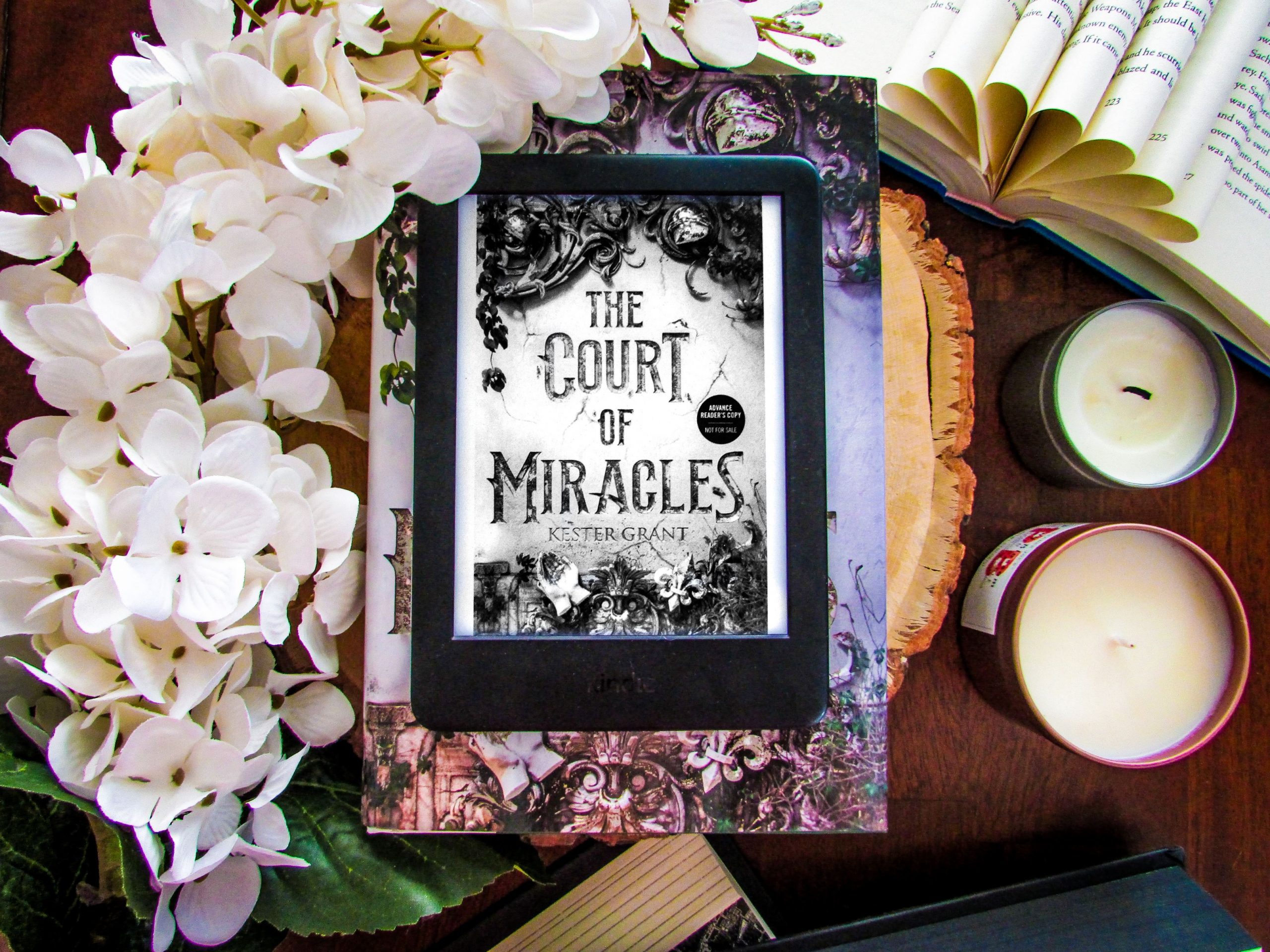 Fans of Leigh Bardugo’s Six of Crows and V.E. Schwab’s A Darker Shade of Magic will devour The Court of Miracles whole.  I could not put this book down.

A re-imagined version of the French Revolution. A jungle of predators, the city is splintered into factions. The unrelenting nobility who stop at nothing to keep their stronghold and nine Guilds known as The Court of Miracles.

Eponine (Nina) Thenardier is a thief and member of the Thieves Guild.  Her talents of late night thievery are not her only talent. Keeping her adopted sister Cosette (Ettie) out of trouble and ensuring she avoids her father’s wrath, Nina has a long list of things she wants rightened.

But when Ettie catches the eye of the Tiger, the barbarous lord of the Flesh Guild, Nina will do anything to keep her sister safe.

My Review: The Court of Miracles

First let me say this, I thoroughly enjoyed this book.

You know when a book is wholly its own, but reminds you of some of your favorite stories and characters?  And because of those fond memories the book is making you fall even harder for the book itself.

Yeah, this book was that one for me.

As I said earlier, I couldn’t put The Court of Miracles down.  There was a little bit of everything. Action (I mean the French Revolution). An expert thief (Nina Thenardier and Delilah Bard would be besties). A dusting of romance (there was a trifecta of swoon worthy moments where I wondered would the whole cast of characters fall in love with Nina). The viscous villain (a human Shere Khan), intrigue and subplots I did not see coming, all with the backdrop of a city that never sleeps (Paris).

The Court of Miracles it’s worth mentioning, its beginning, though slow, felt similar to waking from slumber.  Like a tiger lazily opening its eyes from a deep reverie, blinking the last dregs of sleep like droplets of rain. But once Nina is thrust into saving herself when the Tiger comes to collect her the urgent claws of the story sink in deep. The tiger fully awake, pupils dilate, the hunter alert, awash with the scent of prey.   And the need to devour this story, like a strong cup of coffee in the early hours of the morning, is ever present.  Turning each page at a break necking pace to find out what will happen next.

Kester Grant has weaved together a tapestry that is rich and vibrant.  The scarlet and smoke colors of the French Revolution.  Enriched by the earthy hues of abandonment and fostering along with the bright undertones of law and freedom. Imbued with the dark obsidian gradients of the underground society, the inner workings of the Guilds, and the quick-wit that comes with being a cunning thief.

My one concern was the lack of representation of LGBTQ in the novel.  Although a plentiful cast of diverse characters, racially speaking, had Grant made at least one of her characters queer it would have added to the triumph of the novel: a fierce and resolute heroine and the gritty world building of The Court of Miracles and its Guilds.

My next question, when is the second book coming out?

An Affair of Poisons, Addie Thorley

Sheaf & Ink has reviewed a number of Young Adult novels in historical fiction and fantasy novels like The Court of Miracles. Read An Affair of Poisons and The Gilded Wolves reviews to find your next favorite book and join the conversation. We love hearing from you. 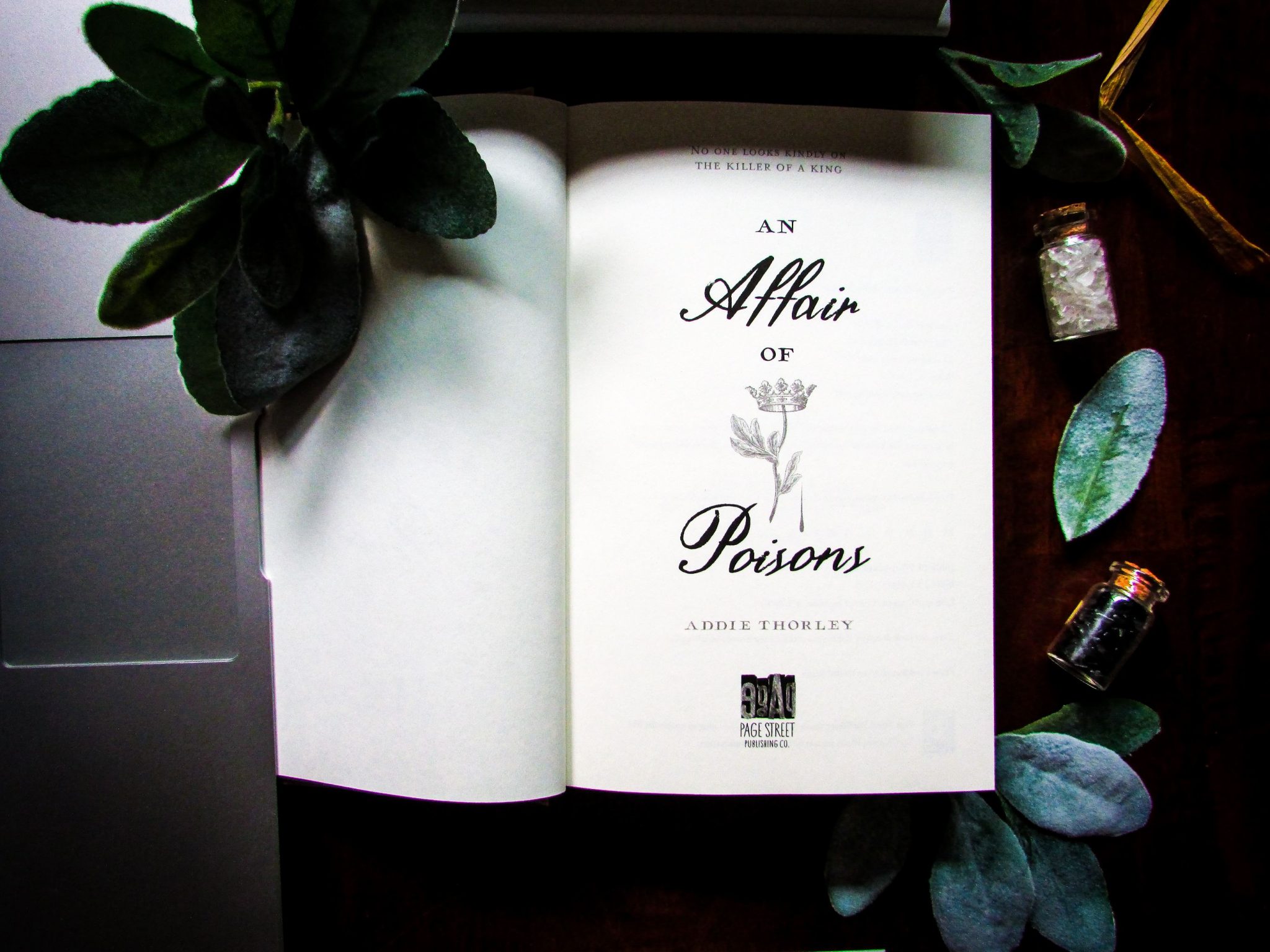 Sheaf & Ink Book An Affair of Poisons, by Addie Thorley