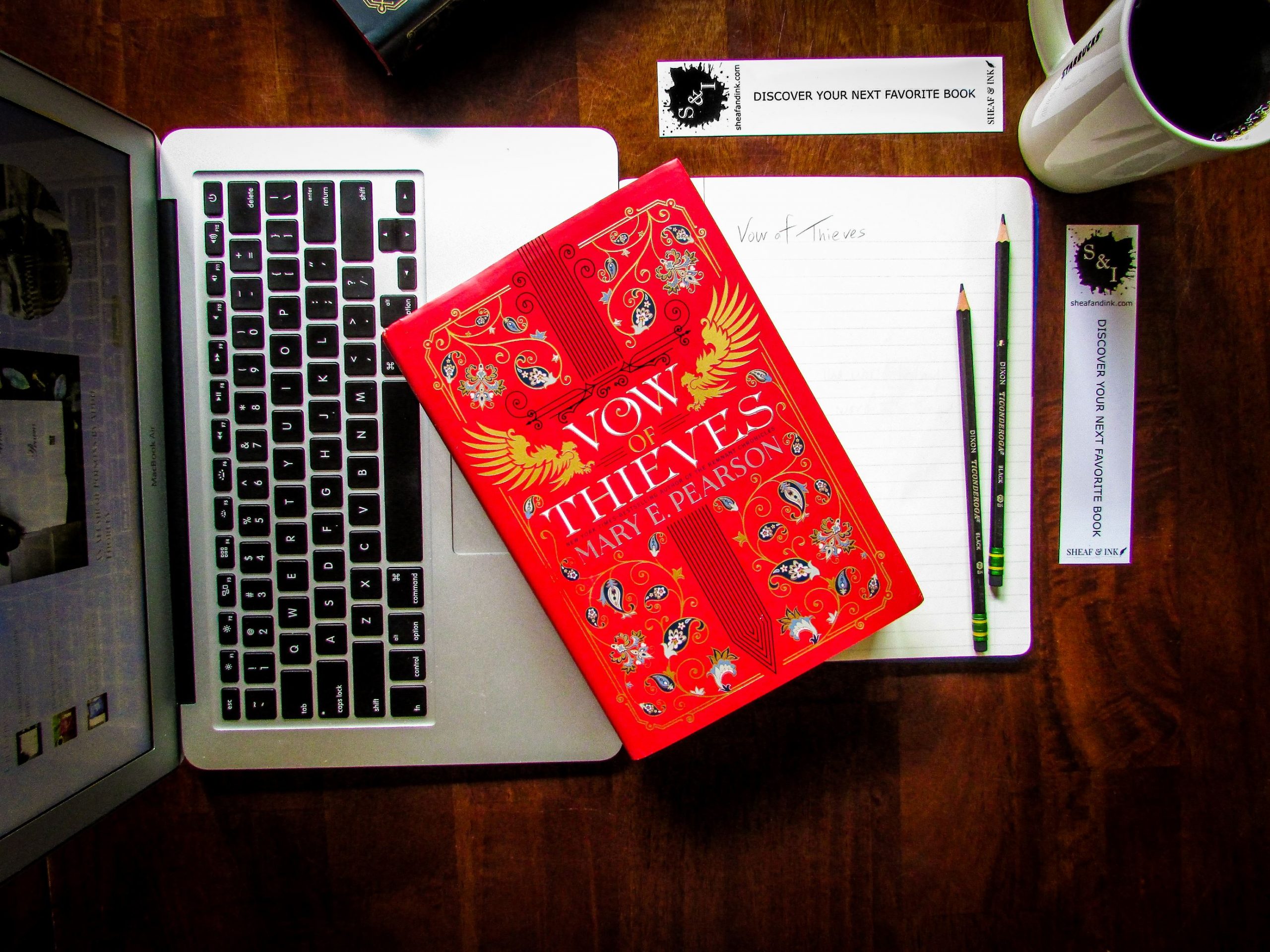 Vow of Thieves is like being invited to a much anticipated banquet where feasting will occur from the very first page.  It’s mouthwatering story is satisfyingly filling, leaving you with a lingering feeling, a sumptuous ache of wanting more, long after the final delicious bite.

Kazi and Jase are finally going home.  After their encounter with the Queen of Venda and the King of Dalbreck, Tor’s Watch and the Ballengers will now have a kingdom of their own.  Still riding the euphoric wave of surviving and discovering their deep love for each other, Kazi and Jase’s loyalty and passion to rule together, as equals, and their commitment to the Ballenger family and their people is immeasurable.  But as they draw closer to home a grim warning reaches them and uncertainty settles in as Kazi and Jase race toward their final destination, Hell’s Mouth.

What awaits them is nothing they could have imagined.  Ambushed at their arrival, their paths split, neither knowing if the other is still alive.  Kazi and Jase face dangers, betrayals, and enemies they never considered possible.  And the longer they are apart, the deadlier their journey becomes.  Kazi and Jase’s enemies, like machinators, plot with vicious precision to eradicate the Ballengers’ rule and cow Kazi into submission.

Mary E. Pearson is a brilliant artist.  With the stroke of her pen she masterfully paints an unforgettable story.  She writes with the utmost ease creating characters that are incredibly human, but are extraordinary in their ability to do what is right.  Vow of Thieves was an epic conclusion.  Filled with nail biting, heart pounding, edge of your seat, I need to know what happens now, moments.  The pages flew by like a gale of unstoppable wind, one after the other, transfixed until the very end by this incredible story.

There was the same fervor as the first novel, Dance of Thieves with a touch more fixings readers will savor.  A dusting of raw honesty on how we confront the complexities of family.  A peppering of jaw dropping unforeseen plot twists and cringe worthy, brutal battle scenes.  But the most savory ingredient of them all was the unwavering vows Kazi and Jase make to each other and keep.

All I can say after reading this feast of a novel is I am ready for my second helping.